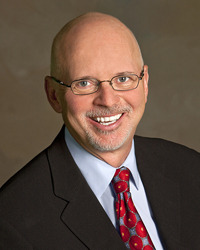 There are a lot of ways to describe the job of a chief executive officer of a public company.

But, in the end, just one result counts—building value for shareholders. And in almost all cases, value in that context is measured by the stock price.

As of this writing, BYI shares trade around $35, meaning anyone who invested with Haddrill on the day he walked through the door has more than tripled his investment.

Nor has Haddrill merely been lucky, riding a bull market wave. He’s been in command during a steep recession that wounded the gaming industry more than most, and that has brought stock prices tumbling down.

Bally also outperformed the broader market that wasn’t hit as hard as gaming. $100 invested in the S&P 500 fell to $96.09 during those five years. In other words, Bally stock more than doubled the performance of the index most often used to measure the health of the stock market.

Most important for any investor, of course, is not where a stock has been, but where it is going, as all investments are bets on the future.

In that regard, Haddrill, his executive team and his strategy have the confidence of investors.

By a ratio of 2-1, Wall Street analysts covering Bally rate it a buy vs. a hold or underperform. And the median target on the stock price is $44, better than a 25 percent appreciation—not bad for a year’s work or less.

How could someone have seen it coming?

One answer would have been to simply talk with Haddrill when he took charge. One of his first acts was to write down the core values he expected to be practiced, put them on a business card-sized paper, and pass them out to every employee.

The standard had been set by the leader. That, in turn, set the tone.

Another indicator is the quality of people appointed to the highest positions.

There was no question Haddrill meant business when he hired Gavin Isaacs, the highly popular former head of Aristocrat Technologies who was credited with turning around that company’s fortunes in the Western Hemisphere, to be chief operating officer.

And then there was Ramesh Srinivasan, the world-class engineer Haddrill brought in to run Bally’s systems business.

Of course, there are others who came, such as Bruce Rowe to head business development, as well as internal advancements.

In addition to a team, a company needs a strategy.

Haddrill inherited one strategy component from his predecessors: monetizing, and getting out of, non-core businesses.

Another was to attack the debt that burdened both the business and the stock price.

Long-term debt has been cut from $429 million when Haddrill took over to $174 million by this June. Subtract cash, and net debt was under $30 million with EBITDA coming in at a rate greater than $250 million.

Another strategy was to make the systems business a core differentiator under the assumption that systems are the backbone of the casino of the future. In other words, if Bally is a technology company, systems is the technology business.

International markets are part of the mix. They have been growing more rapidly than North America, and Bally has jumped in, exploiting a name that has been on the international scene longer than any other slot machine.

In its June quarter, for example, Bally shipped 32 percent of its machines to international customers.

And, as with all game-makers, Bally has had to focus on game content, an area in which even the company admitted it had fallen behind.

Today, Bally says it has righted the product quality boat, and gains in market share suggest casino companies agree. Bally’s percentage of slot machine shipments has risen from single digits to the upper teens, and has reached into the 20s at times.

Haddrill thinks ship share can be north of 30 percent.

Of course, the road to success is always treacherous. Battles may be won, but the war continues. So it is among casino suppliers.

Just as Bally has been making strides, others have come along. IGT has new leadership. WMS and Konami have strengthened. Aristocrat is focusing on North America. Ainsworth and Multimedia Games are gaining licenses everywhere. The huge international lottery companies are emphasizing their VLTs. New competitors such as Aruze and Incredible Gaming have arrived.

Still, opportunities exist. Some months ago, Haddrill talked about Bally nearing a perfect storm of good news as it released new products, technology advanced, the economy improved, international markets emerged and an aging inventory of North American slot machines meant that casinos at some point have to replace them.

That storm is still gathering. Its arrival has been delayed by the lingering recession in the casino industry that has caused companies to continue deferring expenditures.

But, while that postponement is frustrating to suppliers, the calm might be an opportunity for investors to study the prospects of the various companies and make their choices before the storm begins.

And if they look at Bally, they might see numbers suggesting that, despite its outperformance under Haddrill, the stock still has aspects of a bargain.

The projected PE for Bally recently stood at 13.1 times the next 12 months’ earnings. Its peer group averaged 16.4. Theoretically, Bally shares could rise 25 percent just to get even with its peers.

Then, if that perfect storm arrives…