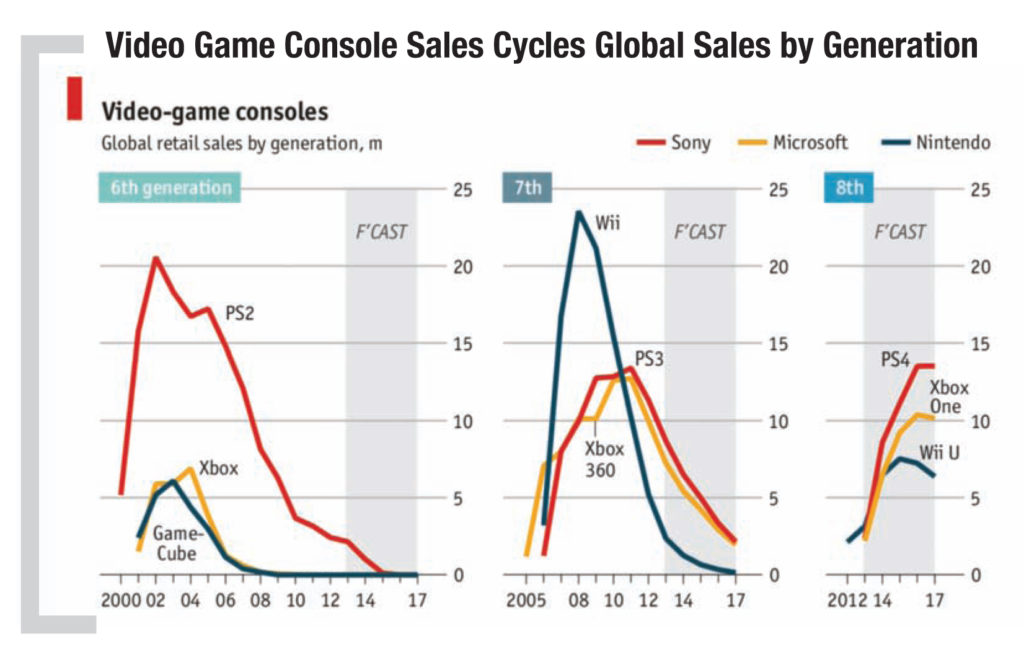 Inspired by the Steve Jobs quote “Innovation is the only way to win,” three executives from leading gaming suppliers put together a group on how to encourage innovation in the casino industry. Blaine Graboyes, founder and CEO of GameCo, Inc.; John Connelly, CEO of Interblock; and Steve Sutherland, president and CEO of Konami Gaming, Inc., believe that innovation is crucial to the continued success of the industry. In a report titled “Innovation Adoption for the Casino Gaming Floor,” the group assembles a panel of seven gaming experts to evaluate how that can happen. They outline how innovation has driven other industries, and pinpoint the concept of continual evolution of a product. They demonstrate that concept by looking at video game console sales. For the last several years, video game consoles have been moving toward a tipping point. Now, with all the major console players on the same platform as the PC, a paradigm shift has occurred that will end the traditional five-to-seven-year console life cycle. In its place will be a quicker console cadence, one inspired by the iterative nature of the PC and smartphone markets.