Storm International in a post-Russia world 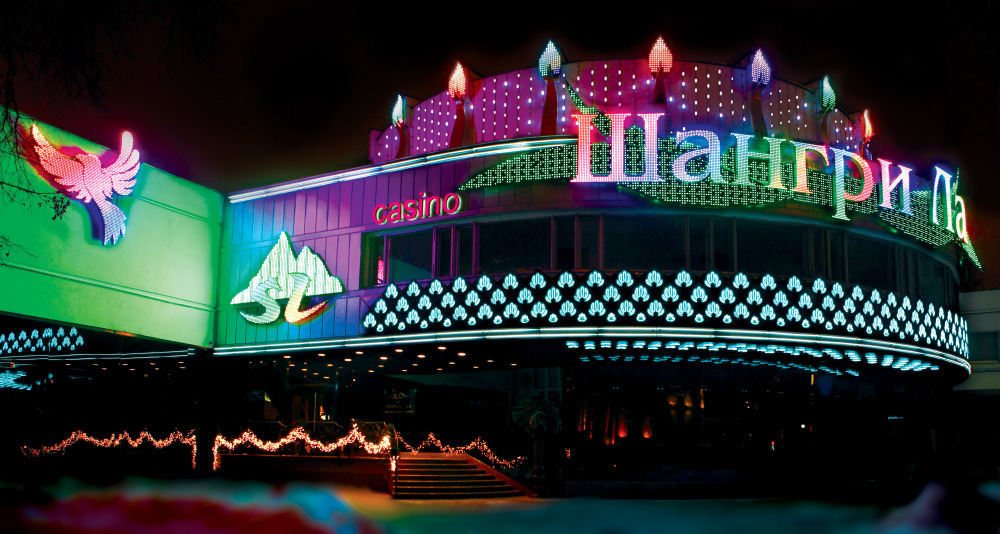 IIn 2006, Russian President Vladimir Putin took advantage of a growing, populist anti-gambling sentiment to push through legislation that would effectively end the casino and slot hall business in Russia. By the end of the year, it had been settled that all gaming businesses would need to move to special gambling zones or shut down, by the middle of 2009.

The coming change forced Michael Boettcher, founder of casino, slot hall and entertainment venue operator Storm International, to consider what the future might look like if he wanted to keep his gaming business in Russia. He could start planning to relocate properties to the remote, undeveloped and undesignated gambling zones, or remain in Moscow and eventually go underground. For obvious reasons, neither of those options appealed.

“I had to do one of two things,” says Boettcher. “Thank them very much for giving me another two and a half years and keep the revenues and retire, or keep the company going and look for other places in which to operate. I chose the latter course, having built up this company from nothing over 18 years.”

The “nothing” from which Storm International was built began with a $25,000 investment, three gaming tables, and Boettcher’s considerable experience working as a dealer in casinos in other parts of the world. It began in Moscow in 1992-the year after the Soviet Union collapsed. The Casino Elite was soon followed by other properties, including Kings, Queens, Wells Fargo and Metropol, which was the first casino in Moscow to cater to VIP clientele. An early attempt to expand the business outside of the capital was less successful, with operations in cities like St. Petersburg and Kiev as well as some of the more remote provinces proving too difficult to manage effectively in absentia. The experiment was ended and the properties closed, but the Moscow business continued to develop, with improvements in quality and service.

In 1995, the Vinso Grand Casino was opened and became popular with the then-forming middle class. The Vinso Grand had a dress code designed to dissuade the rougher crowd, which had made Moscow casinos their haunts. Four years later, the company opened the Shangri La Casino right on busy Pushkin Square, and in 2001 created slot hall operator Super Slots-two developments which ultimately would form the backbone of a truly international Storm.

Expansion continued locally in 2005 with the new Carnival casino in Moscow and a major refurbishment of the Vinso Grand, which started life anew as the entertainment complex Jazz Town. The themed casino New York also debuted, a project developed and managed by Atlantic City firm SOSH Architects. Finally, in a return to St. Petersburg, another Shangri La casino complete with half a dozen restaurants, nine bars and a night club was opened in that city in 2006.

Said Boettcher, “Our idea in 2006 was to continue to expand outside Moscow. We wanted to expand our Super Slots brand of slot halls, and also our main casino brand, which was Shangri La, around Russia.”

Over the years, Storm International had been approached to develop gaming venues in other countries. But as Boettcher remembers, “There was really no need to go anywhere else. Russia was such a huge success.”

According to Boettcher, the Russian market at its peak was worth somewhere around $7 billion to $8 billion in annual revenues and employed half a million people.

But then came the change in the law, and the clock began to run out on new plans for Russia. It was time to look elsewhere.

Leaving Home
Today, Storm International has casinos in Armenia, Belarus and Kyrgyzstan, and slot operations in Germany, Mexico and even Russia-although the Russian slot machines are now video lottery terminals, according to a loophole in the law.

Armenia was the site of the first of the new properties. In 2007, Storm International purchased what was then the largest casino in Yerevan, the Armenian capital. After a complete redo, the casino reopened in April 2008 as Shangri La Yerevan. Open 24 hours a day, there is a main gaming floor with 13 tables and 85 slots, a five-table poker room, the X.O. VIP gaming room, a restaurant, three bars and a music stage. One local twist: the casino charges a $100 entrance fee, in exchange for which the guest is given $100 in chips which must be risked before cashing out.

Recently, the Armenian government proposed new legislation regarding the location of casinos and slot halls, which would raise the amount of assets a company needs to operate a casino to $100 million. Boettcher expects the law to pass soon, and believes it “highly unlikely” that more than two existing casinos will be able to meet that requirement.

Said Boettcher, “Storm, together with its Armenian partner, will be one of them.”

Shangri La in Minsk, Belarus, is a small but luxurious 1,500-square-meter casino in the art deco style. The main gaming floor features nine table games and 28 server-based slots, and there are two VIP rooms for the more private experience. The casino caters to a better-heeled clientele, with minimum stakes of $25 for roulette and $200 at the card tables. There is a $1,000 entry fee, for which the guest receives chips the same way as in the Yerevan Shangri La. Those looking to get in on the cheap can pay half that amount from noon until six in the evening.

The Minsk property drew players from Russia when the casinos there first closed down in July 2009. However, as more and more illegal casinos popped up in Moscow, the Russians opted to stay local. The company is now bringing in junket players from Turkey, which closed its own thriving casino industry in the mid-to-late 1990s.

The X.O. Casino in Bishkek, Kyrgyzstan, opened in July 2009, just days after the casinos in Russia were forced to close. Situated in the Hyatt Regency Hotel in the capital, the casino also features an art deco interior and a general VIP atmosphere. Stakes are lower on the main gaming floor than those at Shangri La Minsk, but there are two VIP rooms with $25 and $200 minimums. Entrance to the casino is free.

Storm reports that business at the casino has declined dramatically since the recent coup. Two other casinos in the area have already closed. The company reports it is “monitoring the situation on a daily basis” and could foresee the need to close temporarily while matters sort themselves out.

In neighboring Kazakhstan, Storm is opening a $16 million Shangri La casino in March 2011.

Germany now has its fourth Storm Casino slot hall. Attention to design, comfort and service has made these slots-only properties market leaders in their neighborhoods. Two more slot halls will open this year. Germany’s higher tax rate and tighter regulations are made up for by the 27-year license in a stable, consistently profitable environment.

In Mexico, Storm has opened the Hollywood Entertainment Center in Monterrey, consisting of a large slot hall, steakhouse and sports bar. The $20 million property features 460 slots linked to Storm’s in-house-developed “Storm Touch” management system, which also allows for cashless gaming. A
second such property in Monterrey with 480 slots opened May 8, and a third is scheduled for Guadalajara in early 2011.

As for Russia, Boettcher is both an optimist and a realist.

“What we are trying to do in Moscow is stay alive in the remote belief or hope that the government will come to its senses,” he says.