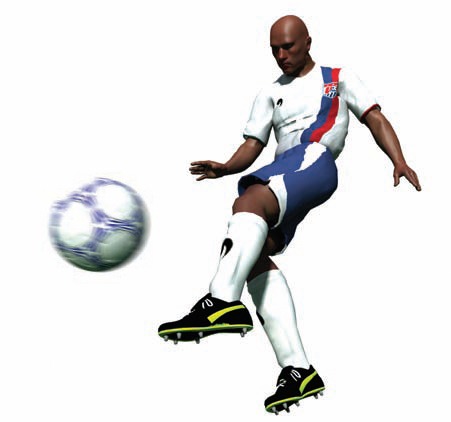 In fact, Inspired now receives all of its gaming machine income from what Alvarez calls “fourth generation” server-based gaming or VLT products.

“We don’t own any analog slots; we don’t operate them,” says Alvarez. “Our business is all about this next generation of products.”

The Inspired business model is equally contemporary. Instead of selling boxes outright, almost all of the supplier’s client arrangements feature recurring revenue with long-term contracts. The model follows logically from the nature of the systems.

Inspired currently operates some 35,000 of these fourth-generation devices in street arcades, sports betting outlets, mini-casinos and full-sized casinos around the world. The growing VLT and networked AWP markets in Italy, where Inspired supplies over 10,000 machines to several operators, are prime examples of the direction in which the gaming machine sector in general is heading. To the player, the machine has the look and feel of a traditional slot machine. But the network allows a high degree of customization, which can depend on the venue, what games are hot in a given week and numerous other factors.

Alvarez contrasts this newest generation with earlier incarnations of the video lottery terminal.

“The first couple of generations of VLTs were fairly dumb,” says Alvarez. “Single-game machines, or in the second-generation multi-game machines, with no game downloads, with or without central servers. Just pretty stupid end points.

“The fourth generation of VLT that we specialize in and are believers in is all about a highly intelligent, customized device. Based on venue type, time of day, player segment and individualized player preference, you can change the stakes, the player presentation, the menuing, player rewards, bonus and feature levels. Just like an online social game or hard-gaming website would. That’s the fourth-generation, distributed-gaming endpoint.”

Fourth-generation technology has caught the eye of government regulators and tax agencies, as they can receive a continuous stream of data about each individual game being played at the endpoint. In this way, says Alvarez, the regulators can be certain that the game being played is one that has been tested and approved by them, which means the player is not being cheated. Also, the tax collector knows second by second how much money is going through a machine and can be confident that no “bucket of coins” is going out the back door of the venue.

In Italy, where Inspired is in a neck-and-neck-and-neck race with two other VLT suppliers, the government mandated that VLT and AWP technology satisfy very rigid and high technical standards. The nation has become a kind of proving ground for potential adopters of the technology, especially in developing markets.

According to Alvarez, interest is also coming from the U.S. and Canada, in the form of specs in bids coming into Inspired for the next generation of VLTs in those markets.

At this year’s G2E, Inspired is debuting its trademarked Core Edge platform powering a multi-game bar-top terminal. The terminal can run slot games, electronic roulette and Inspired’s growing stable of virtual sports games. Core Edge is a new version of Inspired’s trademarked Open SBG Core platform. Its advantage is the ability to provide the same configurability as Open SBG Core but in a compact and flexible form, and at a lower cost.

Inspired will have a team of “Server-Based Geniuses” on hand to explain the new platform and all aspects of the distributed-gaming concept in general.

The “Sabre Multi-Win Roulette” terminal will be on display at Inspired’s own booth (No. 3965) and also at the DigiDeal (4365) and TCSJohnHuxley (3817) booths. Billed as “the fastest-selling electronic roulette of 2012,” the Sabre terminal comes with easy-bet features and can be connected to up to four different roulette wheels, both live and automated.

Although the main focus for Inspired at G2E will be on the underlying technology rather than new games, the show will see the launch of an upgraded version of “Virtual Motor Racing.” The latest edition of this virtual sports game features enhanced graphics and real backgrounds.

Inspired’s virtual sports games are now being played in over 20,000 venues around the world. There are currently seven sports in the series: soccer, horse racing, greyhound racing, auto racing, motorcycle racing, tennis and bicycle racing. Game outcomes are determined by random number generator, but the graphics make it all feel real.

“We see selling virtual sports alongside distributed slots as a very natural pairing,” says Alvarez. “When you go into a small slots arcade or lottery ticket retail shop or sports betting venue in some new markets, there’s often not a lot happening. If you compare that to a casino in the U.S. or a betting shop in the U.K., where there’s always something going on, they are often very quiet environments. We want to give them things that are more communal events on the screen, so there is a continuous stream of stuff that is exciting.”

Alvarez sees the solution in offering high-frequency numbers games and virtual sports, alternative events that provide excitement and emotional engagement for the player.

“You can go from three lottery events a day to a race or a soccer match or whatever every three minutes,” says Alvarez. “There’s always something to watch in the venue, as well as the machines to play on. And that creates a much more rounded experience and turns these rather blank retail distributed endpoints into high-emotion, high-adrenaline venues.”

Development of the virtual sports product is handled completely in-house since the acquisition of CGI and visual effects creator Red Vision in 2006. Prior to that, Inspired held a minority stake in Red Vision, whose products included virtual sports animations and CGI work for television. Inspired was itself acquired by private equity firm Vitruvian Partners in 2010.

Alvarez says, “We are always looking at bolt-on acquisitions, at businesses that are a good fit,” but adds, “we aren’t looking at anything massive at the moment. We’ve got a business now that is what I think a 21st century gaming supplier ought to look like and will increasingly look like over the next few years.”

Of possible interest to Inspired is the potential for greater distribution.

“If we look at acquisitions and mergers, there is often opportunity out there for companies which have a great distribution footprint but lack the technology that we’ve focused on, whose business could straightforwardly be moved to this next-generation business model,” says Alvarez.

“So if you buy my belief that that is the way the industry will go, because of aligned interest between the supplier and the operator, then there are lots of opportunities in Europe and the U.S. and elsewhere to take that business model and propagate it elsewhere.”

Over the next year, Inspired hopes to be announcing new server deals with a number of big concessions and sports betting operators in Italy, built around the virtual sports product, which is being legalized there. A lot more VLT and virtual sports activity is also expected in new markets in Latin America, Asia and Europe.

One major addition to the company is industry pioneer Gerhard Burda, who will be joining Inspired as “non-executive strategic advisor” starting this month. Burda, who co-founded Atronic, will work with Inspired’s global team to develop product offering and market penetration in strategic gaming regions.

In general, Alvarez is very optimistic about the future of gaming, citing “a macro trend, or a bunch of trends,” that point to a strong growth period in the coming decade.

Three indicators for Alvarez are: the regulation of gaming in numerous new, emerging markets; the increased speed at which regulated gaming once introduced develops into a “full-spectrum” market; and the detaching of gaming content from a single physical device.

“You can look at different classes of product in different countries and see various different stages of technological evolution and propagation. And our job as a company is to ride that wave. We’re bullish about gaming.”