A perspective on Western views of Asian gaming operations 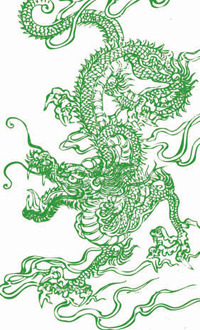 We often see references to the Westernization of Eastern countries, with the unstated implication that the word “Westernization” connotes modernization and progress, both social and individual.

Conversely, the adaptation of the Western companies located in the East (which we shall now refer to as the “Easternization” of the West) to the local culture is seen to be a step down both in terms of moral standards and corporate ethics (forget the greed highlighted on Wall Street and the subsequent crash of some of the world’s leading Western bankers such as Lehman Brothers in the last two years).

Now we have this gold rush to the East by some of the world’s biggest gaming companies, which leads to the inevitable complaint: “They don’t play by our rules!”

The current brouhaha appears to be centered on the issue of the junkets in Macau and Singapore, and their attendant “evils,” in particular the latest comments by Sheldon Adelson on the presence of “illegal junkets” in Singapore, yet at the same time noting his most recent “bifurcated” preference for junkets versus direct premium players in Macau and Singapore.

So what is with the recent controversy on junkets?

Most of the recent comments in both the popular press and chat rooms have been on the subject of junkets in Asia and their involvement with money laundering, loan sharking etc., and how some American jurisdictions are the “gold standard” when it comes to corporate governance and regulatory transparency.

Look at it from a different set of eyeballs, and the alternative viewpoint is that of yet another hegemony attempt to export a set of self-serving cultural norms from said country to the rest of the world. The recent unilateral move against online poker sites despite a contrary ruling by the WTO is another case in point.

The gaming regulations in the U.S. grew wholly out of a set of domestic circumstances. The U.S. is one homogenous (almost) market in terms of political, legal and financial governance. There are no internal barriers to the movement of cash, nor the enforcement of debt within, or even the promotion of casinos across state lines. The market in the states and the resulting regulatory framework thus grew out of one set of federal law and what is essentially a totally domestic market.

Over in Asia, the marketplace is somewhat different. The creation of the junket partnership is the result of this need to deal in a conflagration of different sovereignties with overlapping and conflicting interests.

When Stanley Ho first opened his casino in Macau, the market he faced was unique. He had no domestic market and his primary target was totally overseas, such as Hong Kong, where the promotion of gambling, other than the officially sanctioned examples such as Hong Kong Jockey Club’s horse racing, are illegal. Moving large amounts of money from Malaysia, Thailand and the People’s Republic of China (and just about every country in Asia) was and still is illegal.

Enter the VIP room operators, who, in return for marketing the casino below the radar, also operated as full-service travel agents primarily serving the gaming market. They would identify the players, organize all the logistics including ferry transfer, accommodations, and for the upper echelon, entertainment and F&B. Were the players to lose their initial front money, they would also extend credit lines. All in all, these actions are not dissimilar to the functions of the VIP hosts over in Vegas. They also help facilitate the transfer of monies from one jurisdiction to another, and this, plus the aggressive credit lines they extend, are recognized by most analysts as volume multipliers. Without this, the record-breaking gaming revenue in both Macau and Singapore would not have been possible.

The main difference between the Asian junkets and the VIP hosts in the U.S. is that the former operate across jurisdictional lines. Where the Western operators have tried doing that, they have encountered several substantial roadblocks. Their international marketing managers have long run great personal risks when they visit countries like the People’s Republic of China, and in fact, it has been an industry secret that a few such marketing executives have been arrested and jailed for promoting gambling on the mainland. Imagine trying to collect any outstanding debts in that environment.

Given the nature of the duties or tasks being undertaken by the junkets, it doesn’t take a genius to figure out that only certain unnamed organizations have the capabilities to operate in that grey area, and conversely, if they do not have that capability, they are (a) not serious junket operators, and (b) they will not last long in the business.

Thus we have the “Great Junket Conundrum.”

When the American operators first came to Macau, they vowed to go after the premium direct market, looking down on the “old-style” VIP room/junket operations of SJM. To their chagrin, they have found that targeting the high rollers in Asia was not as easy as they thought it to be, and they have all surrendered their top-end marketing to the junket operators.

In the early days of Sands Macao, executives let their VIP rooms sit almost empty for the first 12 months. This contrasted their overall volume with the higher level of business at the tiny Waldo casino (a Galaxy City Club arrangement targeted almost exclusively at the junkets) and decided they were not going to be left behind—and switched their focus from direct premium to junket.

Likewise, we saw the former Crown casino (now Altira) sit empty in Taipa until they inked a deal with a junket aggregator and converted just about all their available floor area to junket space.

The last to succumb to the junket chase was MGM Grand Macau, which just last year decided to join the volume chase by offering an aggressive range of revenue-sharing deals.

With the VIP segment in Macau now constituting 73 percent of total gross gaming revenue and still growing at a faster rate than the mass market, the temptation has proven too much for these Nevada-regulated operators, which leads us to the second part of the conundrum.

Stanley Ho has often been said to have been blacklisted by various overseas gaming jurisdictions for his links to the triads (one presumes due to his business arrangements with the various junket operators in his VIP rooms).

We have seen a succession of foreign executives from Vegas and Australia come into Macau to wine, dine and entertain these same junket operators. The same senior executives whose bosses have in the past derided Stanley Ho and his way of doing business have been jumping onto well-known junket-owned cruise boats to “bond” with the senior figures in the junket world, away from any possible curious watchers.

David Green, Asia’s foremost expert on gaming legislative affairs in the region, recently wrote, in a Macau publication, a riposte to the promulgation of the American standards as the international gold standard for the gaming industry. In that article, he addressed the widespread misperception that there is no ongoing government monitoring of the suitability and activities of the junket, by pointing out that under Macau regulations, the concessionaires themselves are specifically required to monitor the activities of the junkets and to report any non-compliance to the gaming regulator. One then has to question if any of the concessionaires has reported any of the so-called illegal activities to the authorities.

There was an event a couple of years ago, where a fight broke out in a VIP room of a Western operator between the junket operator and a player on the immediate payment of winnings involving a multiplier (the side bet which can range from two to 10 times the original stake). The VIP operator was not able to pay the player his “multiplied” dues there and then. The casino staff and managers stood by and merely watch the altercation. How many other casino managers out there who have witnessed or are aware of other such activities and have actually wrote reports to their senior management only to be told, “Why are you reporting that?”

All this smacks of pure hypocrisy, not to mention the one most important point raised, and that is the casino concessions have the option of not having to deal with the junkets. As mentioned at the beginning of this piece, if the zone in which the junket operators operate in is a grey one, and if you were to adopt the American style governance that would in turn render that market unreachable, then the American operators, by not dealing with the junkets, would not miss out anyway.

Or is it a case of sour grapes—if we can’t have it, neither should the others?