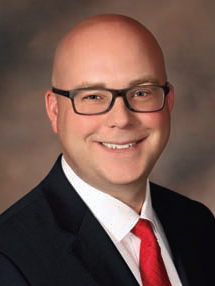 When Matthew Heyerdahl graduated from the University of Wisconsin-Madison in 2008, he followed the old mantra: go west, young man.

He chose Las Vegas, the polar opposite of Wisconsin winters, where he landed a position with the Las Vegas Sands Corporation as an internal auditor.

“There wasn’t really anything in particular about gaming that drew me in; I was looking to get away from the Midwest,” he says. “Gaming just kind of made sense due to the availability of jobs for me.”

As fate would have it, Heyerdahl returned to Wisconsin after three years as a senior risk consultant, but returned to Las Vegas in 2014 with Aruze Gaming America, where he ended up as global chief accounting officer.

He moved to Gaming Arts in early February last year as chief accounting officer and director of finance. In January 2021, the company named Heyerdahl CFO.

“I was attracted to the Gaming Arts story. GA is in a unique spot as almost a startup in the slots arena. I wanted to be part of that growth. 2020 was supposed to be an explosive year for us in terms of new games to the market,” he says.

That was before Covid-19. Still, company owner David Colvin supported research and development all through the pandemic to set the stage for a rebound in 2021.

“We’ve also taken the opportunity to really streamline costs and become a more efficient company with some headcount reduction, shifting of roles, new tools to monitor expense, and of course, we’ve shifted our work model to accommodate more work from home,” says Heyerdahl, who relaxes in the great outdoors: hiking, camping and boating, often with his 4-year-old son, Jameson Thor.

Covid certainly created an obstacle, but not the only one Heyerdahl has dealt with. “I am generally a pretty logical thinker, so I take each obstacle one at a time, determine my best path forward and then I take that path. We all have setbacks, and I take those opportunities as learning tools,” he says.

None of this was possible without mentors in Heyerdahl’s corner.

Bryan Coy, CFO at Cannae Holdings, Inc., took a chance when he hired Heyerdahl at Aruze Gaming. “Without him guiding me for a couple of years in that role, I would definitely not be part of this 40 Under 40 class,” he says.

Another figure from Aruze, former CFO and President Rich Pennington, helped Heyerdahl develop his technical skills. “He gave me a lot of insight into how to look at things from a much higher viewpoint instead of always being so deep in the details.”

If there is one pearl of wisdom Heyerdahl would impart, it’s to write down short, medium and long-term goals. Refer to them often.

“One of my long-term goals was always to become a CFO, and I’ve just accomplished that,” he says.