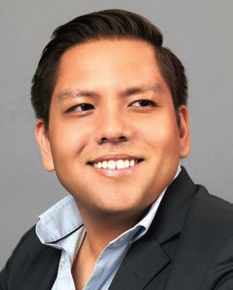 Vik Shrestha has paved his way through the gaming industry with a focus on building new business verticals and organizations for established technology companies. When he first joined the industry over eight years ago, however, he quickly learned just how much there was to learn.

With his first role in business development, he refused to limit himself to that sector alone, instead gaining an education on how various other departments functioned. In learning types of issues and their causes, he was able to not only understand the customer’s product, but the challenges they faced, as well.

Shrestha then moved on to a sales management role and was fortunate enough to be embraced by generous customers who dedicated their time to helping him understand the operator side of the business. His propensity for asking questions, for welcoming new challenges, and for approaching learning opportunities with a voracious drive had served him well in his start down the senior management road. But as his career grew and his experiences broadened, he found himself changing his approach entirely.

Whereas he had once honed his concentration on achieving the highest level of results as the most productive individual contributor, he now shifted his focus to helping others build their own successes. The result? He reaped even more success himself in his senior management roles while building strong industry relationships.

Shrestha has been inspired and mentored by multiple industry peers, but his ultimate adviser and motivator has always been his wife, whose sage advice has guided him through career changes and moments of self-doubt.

He deeply enjoys what he does, finding the process of building new business verticals and organizations to be rewarding in its challenge. He looks back on his career with gratitude that he was able to accomplish such feats for multiple companies, proud of the teams he led and what they achieved. Based in Las Vegas, Shrestha now acts as chief commercial officer for software development company SB22, which is building innovative technology for the digital gaming industry. He has been at the forefront of the rising legalized sports betting industry since the repeal of the federal wagering ban, and has solidified a plethora of key partnerships.

Intent on cultivating an innovative culture, Shrestha is ardent about developing diverse and all-encompassing high-performance organizations. Although proud of his accomplishments, he is prouder still of his mentees and the levels of success they have attained. In keeping an eye on industry trends, he’s noticing substantial opportunities for young industry professionals in sports betting and iGaming, and is excited to see the level of talent being drawn to the gaming industry. He is looking forward to the next 18 months, during which he will do what he enjoys most, secure partnerships, as he builds the U.S. organization.

“It’s important to be authentic to yourself,” he says. “If a company doesn’t appreciate you for who you are, you’re not in the right place and it isn’t worth trying to climb that corporate ladder. When you’re in the right place, your opinion is valued and career growth comes with it.”