The Austin-based Class II veteran is rapidly becoming a force in the Class III world. 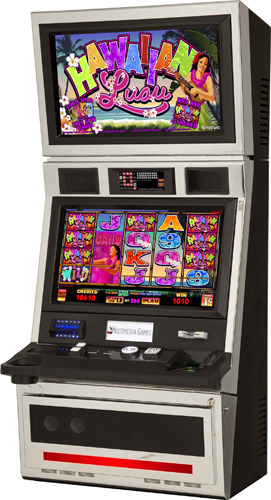 It’s been three years since Multimedia Games, long a well-known name in Class II and video lottery markets, embarked on a major effort to become a player in commercial Class III markets. During this relatively brief period, the company has collected a lot of converts to its brand.

The main reason for this is one of the top R&D operations in the country. The company’s Austin, Texas location has helped, providing a steady stream of young engineering talent from the city’s main campus of the University of Texas—not to mention the added advantage of designers bred in Austin, a community steeped in music and the arts.

“Coming from an artistic community like Austin gives our games a fresher feel, and our games are resonating across the country because of that,” says Mick Roemer, Multimedia’s senior vice president of sales.

Multimedia has been able to seamlessly transfer all that creativity among its Class II games, video lottery games and traditional video slots, and its games are “resonating” in more and more markets as the company continues its march across the country. Its jurisdictional Class III licenses are now in the hundreds, as it closes in on a few key licenses in Nevada, Florida, Detroit and elsewhere.

Meanwhile, he says, the strategy has been to concentrate on putting the best products into areas where licensing has already been secured. “This year’s been about continuing to focus on getting product in where we have licensing,” says Roemer. “We went into Louisiana and Mississippi, with an aggressive focus on California and the Midwest. We’re going to continue that process through the next calendar year of 2012.”

“From the product side, we have narrowed our focus, but we’ve started to produce more product to support our markets,” adds Brad Johnson, vice president of product management and marketing. “Based on that focus, we’ve produced a lot of high-quality video products, and a lot of our classic three-reel mechanical reel games have performed fantastically.”

Individual success stories have seen games like the hybrid “Maximum Lockdown” and “Carnival in Rio” doing big revenue numbers. Lockdown is a five-reel, high-denomination reel-spinning game with five reels in a novel configuration. The middle three reels each have three spots, but the outer reels display one symbol each. When those symbols match, it is a “Lockdown,” launching a free-spin bonus paying left-to-right and right-to-left. Carnival in Rio conveys a Brazilian theme in intricate detail, right down to the accents in the voice-overs and real video of dancers in Rio bars that form expanding wild symbols.

“Other standout games have been “Invasion from Outer Space,” “Haunted House” and “Smokin’ Hot Angels.”

“Our game library products have continued to be strong in all markets where we put them,” Roemer says. He also agrees with Johnson that the company’s high-denomination stepper product is a hot new category. “There seems to be a pent-up demand for reel-spinning games, and we’ve tried to fill that niche,” he says.

What has become Multimedia’s flagship product, though, is not an individual game, but a system—“TournEvent,” a slot-tournament system that allows any bank of machines to be switched instantly between normal and tournament play, with cameras recording contestants as they play, instantly switching leader boards and offering extras like touch-screen games to earn additional points.

“TournEvent continues to be our signature product, with 35 installations so far and more than 50 before the end of the calendar year,” says Roemer. The company continues to make improvements to the system, and heading up Multimedia’s G2E showcase this year will be the newest version, TournEvent 4.0.

TournEvent has been generating excitement in every installation, and Multimedia has constantly sought ways to improve the system.

Last year’s version introduced cameras on every machine, and the first touch-screen game. When the system is in place, a bank can be instantly converted from revenue mode to tournament mode, and players are invited to enter their names. Those names go on a leader board for the start of the tournament, and during the tournament cameras switch from player to player, beaming contestant images onto a big overhead screen as the system keeps track of everyone’s positions in the contest. Crowds gather to watch as if it were a sporting event.

TournEvent 4.0 adds a second touch-screen “pop-up” game. In the 3.0 version, balloons float up each player’s screen, and if the player touches the balloons it increases his score—it gives players something to do besides mindlessly slapping a spin button. This year, a “shooting gallery” game is added, with gallery-style prizes popping onto the screen during tournament play, for players to touch to boost their scores.

One more new feature is the “Money Man.” This is a character that pops up once in a while, and if it does and the player touches it, it instantly boosts that player to first place in the tournament. (There’s a patent pending for this feature.)

“Especially in longer tournaments, where there is a huge disparity between last place and first place, players always know they have a chance to jump into first place at the last second,” says Johnson.

The other improvement to TournEvent is a group-play function. “We can do group tournaments, with anywhere from two players to as many as you want in a single group, playing at the same time and contributing to the same score,” explains Johnson. “Operators can hold husband/wife nights, events for different groups and so forth. Some casinos have done this manually, but this is a feature for casinos to use for different types of automatic tournaments. TournEvent 4.0 is not only innovative hardware; it provides new and exciting ways of running tournaments.”

These are certainly not the last improvements to the TournEvent system. Multimedia is constantly doing field research on how to improve the product. “We have people who went to six or seven tournaments last year, talked to operators and players, and came back with a long list,” Johnson says. “After we complete one version of TournEvent, we sit down and decide what we want to do next. We’re already planning out two or three years ahead of time.”

Multimedia arrives at G2E with a new batch of creative games, with the help of some new hardware. The manufacturer is launching new “High Rise Games,” a series of games with the largest video top box in the industry—featuring a 37-inch vertical portrait-style screen.

Johnson says the idea with High Rise Games is to give flexibility to the game designers, and to eliminate the need to add signage to games for extra attract-mode appeal. Also, colored LED lights around the bezel highlight events on each game. Five games will be on display in the format at G2E, with as many as eight to be launched within the next six months, simultaneously in Class II and Class III markets.

Multimedia also is launching a new slant-top cabinet called the “Player SLX,” which features a wide body, and wide screens on both the primary game and the top box. “With this cabinet, any game that is on an upright format will be able to go on a slant-top,” Johnson says.

At the forefront of the games to be launched on the new High Rise cabinet is “MoneyBall,” a new game series with two initial base games and a versatile bonus screen that transforms the big top-box monitor into any of four scenes—a tree, a hotel, outer space or a classic pinball game—for various bonus events.

The marquee bonus event in MoneyBall is the pinball game, in which the virtual ball is launched to fall through typical pinball barriers and bounce off different obstacles for bonus credits—eventually falling down to the bottom of the screen in a pachinko-style sequence. One spot on the screen locks the pinball in place while a secondary bonus game takes place on the reels or on a bonus wheel.

The other prominent initial High Rise Game is “One Red Cent Deluxe,” a new five-level progressive version of a game that has been one of Multimedia’s most popular games for 10 years. It is a nine-reel game; each reel stop is a separate reel. Five or more One Red Cent symbols trigger a picking bonus that leads to one of the progressive jackpots.

Other standouts abound in Multimedia’s collection of new games. One is “Alacazam,” an Aladdin’s-lamp style of game hosted by a wisecracking genie who, thanks to the voice-over provided by a Multimedia employee, sounds a lot like the late comedian Paul Lynde. The comical genie hosts three different bonus events, and lots of random features in the game.

Some of the best features of these games are the little extras. For instance, the touch-screen technology that adds little mini-games to the TournEvent contests is used in the stand-alone games for fun touch features—touch the screen of any game, and you’ll get some kind of reaction—a giggle from one of the characters; “fairy dust” that sprinkles glitter across the screen; a little fireworks display. In Alacazam, when you touch the screen, a tiny group of Arab warriors appears, all of them joining in a screaming battle cry. (It’s hilarious.)

Many of the Multimedia games being introduced feature innovative new game mechanics. In “Gallant Knight,” the free-spin feature has a video-game-style “Life Meter.” In a random number of initial free games, every princess gives the player a heart—a life—and every dragon takes a life away. The free spins go on indefinitely as long as the player has hearts.

In “Wild 70s,” a game based on ’70s culture, there is a random feature called “Flippin’ Wild.” On any given spin, a “Flippin’ Wild Card” works its way around the reels, depositing wild symbols in various spots. And in “Wild Butterfly,” a “Wild Burst” symbol expands to make the four symbols surrounding it into wild symbols.

The company continues its remarkable attention to detail in creating the new games. For instance, in “Hawaiian Luau,” a game following the expanding-wild mechanic of last year’s Carnival in Rio, the same attention was paid to conveying authentic Hawaiian hula dancers in the expanding-wild feature as was used to procure authentic Brazilian dancing for the visuals of the Rio game.

Other new game highlights for Multimedia at G2E will include “Stallion Spirit,” a multi-line video with a free-spin bonus in which a multiplier increases with every free spin; and “Smokin’ Hot Halos and Horns,” a sequel to the hit games “Smokin’ Hot Angels” and “Smokin’ Hot Devils” with a frequent free-spin feature that re-triggers one spin for each triggering symbol appearing in a free game.

In addition to all the new games, company also is releasing a new addition to its “Side Action Games,” which added a side game of stud poker to certain games last year. This year, company will introduce Side Action Dice and Side Action Keno.

Multimedia may not crack the top three of slot manufacturers tomorrow, but Roemer says good things will happen as long as the company follows its main goal—producing good content.

“Our goal is to become the best gaming content provider in the world,” Roemer says. “We’re not expecting to do that overnight, but we’re in it for the long haul, and we want to produce the best gaming products there are. If you’re going to be in this business, your goal should be to be the best you can.”

Slot managers across the industry are consistently attesting to the fact that Multimedia Games is well on its way to achieving that goal.