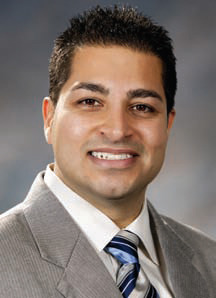 Today, manufacturers submit the machines to independent testing labs to determine before submitting them to regulators so they know going in that the devices will pass. In fact, some of the independent test labs have established such an unblemished record for integrity that they now actually do the work for some regulatory agencies.

But the world of testing for online gaming sites is still very much in the early stages. With limited resources, testing is hit-or-miss, and the “independent” test labs are often not so independent.

The need for reliable labs for online applications is not new. Financial websites need top security, and test labs have been operating in that space for years. But often, those labs don’t understand gaming or the processes that amplify the need for gaming-specific online labs.

Two years ago, when Gaming Laboratories International, the industry standard for slot testing, bought TST, a Canadian company involved in online gaming testing, the gaming lab bought it as much for the expertise and reputation of Salim Adatia, the owner, as it did for the technology he brought to the table. Adatia says it was a match made in heaven.

“GLI has a level of assurance, integrity, experience and knowledge that is unmatched in the testing of land-based gaming products and systems,” he says. “At TST, we bring those same characteristics to the table, so we believe we’ll be the logical choice for any company or jurisdiction that wants these kinds of services.”

Although the fees from online gaming testing lag behind those of land-based technology, Adatia says the current markets are growing, and if the U.S. legalizes online gaming or online poker, all bets are off.

“There are markets in Europe that are expanding because they see opportunity,” he says. “They see their citizens utilizing i-gaming sites in other jurisdictions and want to keep those people home.”

With the U.S. Congress currently debating the wisdom of legalizing online poker, Adatia says GLI doesn’t take a position on whether legalization at the federal or state level makes the most sense.

“There are pros and cons to each scenario,” he says. “As an independent lab, our concern is not so much who is doing the regulating or who is doing the operating—lotteries, tribes or casinos. Our concern is that it is implemented in a manner that is fair, secure and auditable, that includes robust technical standards in the systems we test.”

Adatia seeks to set the minds of the American legislators at ease when it comes to the control any online gaming operator would have over underage or problem gamblers accessing their sites.

“There are appropriate age and identification controls and mechanisms that are available,” he explains. “I-gaming has been operating in jurisdictions such as Australia and Europe for numerous years now with minimal access—close to nothing—by minors. Of course, nothing is 100 percent foolproof, but risk is mitigated by the use of a layered approach so you’re not really putting all your eggs in one basket. It isn’t just the use of a third-party security program or a robust registration process; it’s all approaches and procedures in concert that make it almost impossible for minors and problem gamblers to access an online gaming site.”