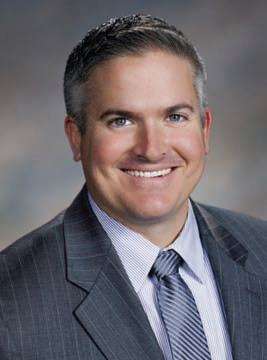 Back then, Moore wasn’t all that familiar with gaming. “I really didn’t know anything about the industry at the time,” he says. The company was looking for test engineers with programming backgrounds, and one thing Moore did know about the Toms River, New Jersey, firm was that it was poised for significant growth.

So he took the job, starting work a few weeks before the company moved into new, much larger headquarters in Lakewood, New Jersey.  He recalled the tight conditions at the old building and his first workstation—a terminal from a multi-station electronic table game. “That was my desk, and I had to write on kind of a monitor, which was pretty interesting,” he notes.

Along the way, he got a first-class gaming education, as he joined the engineering group at the right time as slot games were starting to evolve more than they had in decades. “You were seeing multi-games, and multiple pay tables and new bonuses, and so it was definitely an interesting time,” Moore recalls.

With the technological changes came also an evolution in GLI’s then-largely administrative quality assurance group. “They recognized that the industry was really changing and getting more complex,” and that the QA group needed to evolve to become more technical. Moore was tapped to help form a new technical compliance group.

Moore stayed in compliance until about six months ago when he took over his current role. “A large part of my career has really been regulatory-focused, trying to understand the requirements of all the markets, what was allowed, what wasn’t allowed and how new technology fit,” he says.

All that past experience serves Moore well in his new role. “It’s my job to really understand all of our clients and how they integrate with GLI,” and to explore ways GLI can be a better partner.

One example is GLI’s efforts to become more efficient in how it conducts testing of new games. “We’re focusing strongly on test automation. What that will allow us to do is more testing than we are today, and to do it much faster.”

With game shelf lives shortening, getting a game to market faster is more important than ever, Moore says. “So, we’re trying to find ways to create those efficiencies,” he says. “In some cases, we’re getting involved earlier in the process, sort of precertification testing or quality assurance testing before the formal submission. The goal is (to help suppliers) get more games through the first time.”

Moore says he is motivated by his work helping clients take their products to the next level. What keeps him up at night is thinking about challenges to the industry as it strives to win new customers without alienating core players. “You hate to think of a time where the industry isn’t relevant anymore. You want to see it continue to be vibrant.”

Moore says the industry is stepping up to deliver games with great potential, as exhibitors at the 2015 Global Gaming Expo showed. “We’re seeing where people are trying to take really popular social games and monetize them. We’re seeing pinball concepts. Games where you can immerse yourself into virtual events and depending on how you do, you can win some kind of award.”

“Nevada’s going to obviously have clarity about what suppliers and operators are going to have to do to operate in Nevada,” he says. “It’s our job for a lot of other markets to start having that discussion. We do that by creating a draft standard and sending it out to the industry for review and comment.”

Moore says skill games will likely hit gaming floors in Nevada and other jurisdictions in 2016. It will be only the beginning, he predicts. “We just have to hope that it’s the shot in the arm that the industry needs.”