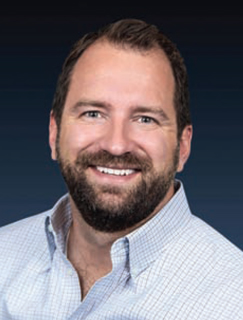 When Steven Slotwinski graduated from DePaul University in Chicago in 2004, he had big dreams.

“I wanted to work on large complex products that would affect the masses. The gaming industry was not on my radar,” says the computer science major who grew up in Itasca, Illinois. His interest in computer science began in high school but didn’t blossom until his sophomore year at DePaul.

After graduation, WMS Gaming hired Slotwinski as a principal test engineer, and he discovered the immensity of the field. In nine years with the company he helped produce some of the more innovative slot games. He managed a studio of artists, software engineers, game designers, mathematicians, sound and other engineers.

“I always saw game design as a fusion of psychology, creativity and a mathematical ride,” says Slotwinski, who coaches his son’s soccer team and plays tennis with his daughter. “These three components exist when you create any game, either a game of chance or a game of skill. Understanding what people want to play, then creating an entertaining ride for them based on that understanding is extremely satisfying.”

During this time, WMS created Willy Wonka, Wizard of Oz, Lord of the Rings, Austin Powers, Spiderman, The Price is Right, and Mad Men, among others .

“Everything from product development and innovation to performance optimization and portfolio growth supporting industry trends,” he says. “I challenge my team to push boundaries.”

Covid-19 impacted Eclipse as it did other companies.

“The great thing about Eclipse is our agility,” Slotwinski says. “Although this has been a year navigating uncharted territories, our focus remained the same: delivering high-quality products and providing exceptional customer service. Our company as a whole has risen to the challenge. We have regained and surpassed expectations of our business.”

Obstacles are part of the game, even beyond the pandemic.

“What makes you stand out is how you remove those obstacles. At Eclipse, we handle all obstacles as a team. We review each and identify a solution that will make us a better organization,” Slotwinski says.

Slotwinski has a trio of colleagues he gives props to. “These mentors, and the experiences I received from them, have shaped me into who I am today.”

“It was through Phil that I learned the most about game development, specifically what it takes to not only make a great game but also a profitable one,” Slotwinski says.

“Everything from obtaining capital, starting ventures, collaborating with other companies, and mergers and acquisitions. With Wonbae I learned the most about business development,” he says.

“He leverages his wealth of knowledge in technology, leadership and operational excellence. Tim’s passion towards his work and the gaming industry makes you want to bring your best to the table.”

If he could shape future game designers, Slotwinski would impart this advice:

“Innovation in designs comes in phases. You do not need to reinvent the wheel, just modify it one step at a time.”