Motivating and retaining employees is a full-time but rewarding endeavor 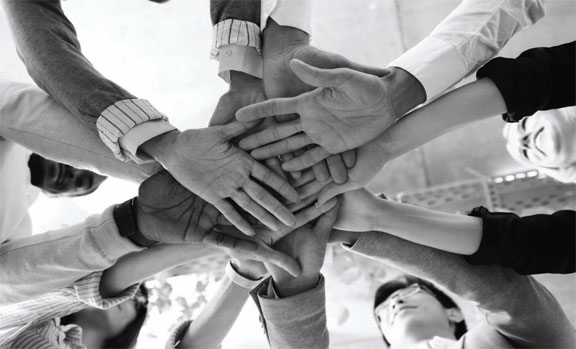 If you did a quick analysis of the employment picture since early 2020, it might go something like this: The coronavirus pandemic shut down casinos, hotels, hospitality and similar businesses not deemed essential. People lost their jobs. Unemployment soared. The government not only paid the laid-off workers unemployment, but unemployment on top of unemployment, and of course, stimulus checks.

Two to three months later, casino hotels reopened with restrictions. The restrictions—food service was limited to take-out or room service, for example—still kept a lot of employees sidelined.

As restrictions lessened, more employees were offered their jobs back. But some chose not to return. Cynics said the unemployment checks were too good to pass up. Others feared Covid.

Whatever the reason, casino hotels and, for that matter, almost every employer in almost every industry could not find enough workers to meet demand. Businesses like WaWa and Target offered $15 an hour, and in some cases, signing bonuses.

All well and good, but what message does that say to existing staff, says Donald P. Hoover, president, DHR Consulting, and former casino human resources executive.

“The organization gives an increase in wages and bonuses to new hires to attract them. There’d better be an option for those who are already on the team,” he says.

That’s just one example of a glaring case of the inequities.

“The pandemic exposed the Achilles heel not just for gaming but hospitality,” Hoover says.

Is it any wonder that employees were not wedded to their jobs? If someone offered them more money, better benefits, they’re gone. Treat them with disrespect, they’re gone. Retaining employees has become as problematic as hiring them in the first place as Covid winds down.

For employers, the situation does not bode well, says Brendan D.

“There continues to be significant challenges with meeting the hiring demands within the industry,” Bussmann says. “It is definitely a job seekers’ market as the opportunities still outnumber the supply of available talent. You have restaurants offering bonuses out of the gate. This is about doing what you can to put bodies in open positions.” 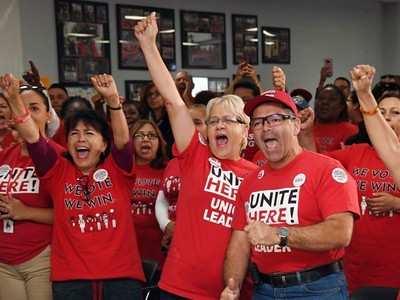 Atlantic City’s Local 54 got what leaders called their “best contract ever” in recent negotiations that demonstrate casino executives recognize the value of front-line employees.

But it’s difficult to retain many individuals as they seek higher wages or promotion opportunities, Bussmann says. With those issues in play, it’s a “challenge to deliver on the experience that patrons have come to expect,” he says.

No industry was hit harder by the pandemic than hospitality, says Mark Birtha, president of Hard Rock Hotel & Casino Sacramento. “We have had to react as well as evolve with regards to how we have managed through that period of time and the more recent challenges of hiring and retention.”

Of late, the challenges may spur a solution of sorts.

“Economic winds look to be shifting once again even as we speak, and the natural combination of rising costs, increasing interest rates and challenged supply chains seems to indicate that there may be a commensurate reduction in hiring in the future that will in some ways help to balance off the needs in the shorter term,” says Birtha.

The current “new normal” will once again reset itself in the weeks and months to come, he says.

The new normal has meant workers “being compensated more like peers in other sectors. Pay equity had to come about,” Hoover says.

In that climate, Local 54 of Unite Here in Atlantic City demanded “significant” pay increases for its hotel workers or else they were not averse to a strike for July 4 weekend.

“It’s led to an interesting dynamic that likely would not have occurred without the Great Shutdown,” as Bussmann calls it.

The union and the casinos in Atlantic City came to terms without resorting to a work stoppage. Local 54 was wise, Hoover says; they took advantage of the situation and made a strategic move to plan a strike before a big holiday. They had a quick resolution in an agreement.

But it’s more than pay equity. Flexibility is another key factor. Requesting and getting time off when needed, for instance, Hoover says. “They should have done that all along.”

Hard Rock has been fortunate in retaining a substantial portion of its team through the pandemic and beyond, Birtha says. Credit the brand and culture for its role as a beacon for talent.

“With all of our company’s growth and development, we have opportunities for people to relocate and be promoted around the world,” he says. 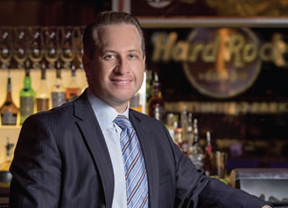 “We are constantly looking at what the needs are and framing them in the lens of ‘do the right thing’ to make the appropriate decision.” —Mark Birtha, President, Hard Rock Sacramento

Retention of employees, regardless of age, speaks to the employee being part of the organization’s culture. Hoover refers to this as the “three Cs.”

Similar to any business when demand is high and supply limited, those in demand have leverage, consultant and former casino HR exec John

Ceresani, a principal of the Pharos Group, says. Employees, he says—

especially the front-line employees—were taken for granted in the pre-pandemic era.

“Over the past 25 years I attended or participated in numerous gaming conferences that provided gaming insights on many topics, but rarely about our most important asset,” Ceresani says. “I spent many years in Atlantic City, in senior human resource positions, so I bear my share of the blame.

“The industry needed to invest large sums of money in advancements in gaming and systems technology, customer loyalty programs and competitive acquisitions to compete in this new gaming world,” Ceresani says. “We always said our most important and competitive asset is our people, but most organizations in and out of the gaming industry have failed to significantly and thoughtfully invest in this precious commodity.

“The revolutionary advances we have made over the years in these areas are mind-boggling. They required high intelligence, relentless commitment, clear-eyed focus and dedicated resources. Those qualities have rarely been present in a focused commitment and deep curiosity of the evolution of the workforce and their wants and needs,” Ceresani says.

In the current climate, that has to change, Hoover says. “The organization has to be aware of the opportunities to go to another organization. Hopefully, they stick around in their 20s, 30s and 40s.”

To do so means more than higher income and promotion opportunities. It means expanding the small touches: providing tickets for pro sporting events; creating internal softball, bowling and other leagues; employee trips. Some of these add-ons are already happening to a degree.

“These things are staples of the industry to keep people recognized,” Hoover says.

Analysts have a name for abandoning jobs for greener pastures: the Great Resignation. According to an article in bestcompaniesaz.com, it’s a term used to describe a predicted mass exodus of employees from the workforce.

The idea is that, as baby boomers retire and millennials enter their prime working years, there will be a massive shift in the labor market. This could lead to widespread resignations as workers take advantage of their newfound bargaining power to demand better working conditions and higher wages.

So far, the data supports this theory. According to the Bureau of Labor Statistics, the quit rate—which measures the number of workers who voluntarily leave their jobs—has been steadily rising since 2014. And while it’s still below pre-recession levels, Great Resignation statistics are rapidly approaching an all-time high. This suggests that workers are feeling more confident about their job prospects and are more likely to jump ship if they’re unhappy with their current situation.

Nearly one in four workers, or 25 percent, will resign in 2022, says the online assessment provider Questionmark. The reasons behind this mass exodus are numerous, but they can be boiled down to three key factors:

“Until a segment of the workforce that participated in the Great Resignation returns, this is going to be a challenge for the next few years,” Bussmann says. “Inflation, gas prices, and supply chain issues collectively are a different story, and one we have not seen in over four decades. It’s made things much more challenging for the entire workforce as their wallets have become that much tighter.”

Compensation at its core should always be tied to performance, Birtha says. Inflation throws a wrinkle into this theory and, as goods and services increase in price, often wages grow commensurately.

“That is the environment we are in today, and we have all had to take a hard look to ensure we balance the macroeconomy with the salary and wage needs of our teams,” he says. “It’s a timeless proven result that when we take care of our employees, they take good care of our guests. This conversation varies by market and region, by company and via competition, so there is no one answer for every situation. We have worked very hard with our unions, corporate management, ownership and our employees to stay ahead of the curve.”

Hard Rock exhibited this with discretionary bonuses last year, not just for management but for all team members. This was coupled with higher than anticipated wage and salary increases, Birtha says.

“So we are constantly looking at what the needs are and framing them in the lens of ‘do the right thing’ to make the appropriate decision,” Birtha says.

In reality, sustaining real and lasting success is rooted in a people culture, Ceresani says. “Therefore, we need to attract and retain talent, like we are a sports team. I believe the recruitment and retention challenges are the new normal and require innovative strategies, from compensation to engagement and ownership of results.

“The answer, I believe, is as simple as treating and caring for our internal customers (team members) like we do our external customers. If we need to attract external customers, in a competitive environment, we incentivize them to walk through our doors, and once they are in we make them feel special and they trust us.”

That being said, the organizations that have a history of focusing on their culture and “walking the talk” will continue to be successful in any turbulence, Birtha says.

“We listen to what our team members want, and we commit to building long-term relationships with guests and employees alike,” he says. “During the pandemic we paid our team members and provided benefits even while we were closed, and often gave out grocery gift cards and other support services.

“We hear from our employees through surveys and sit-downs to address their needs and stay a step ahead in terms of providing new resources, benefits, promotions, training, compensation needs and other requests to maintain a robust workforce.”

Still, the impact of Covid on the mindset of the workforce of today and tomorrow created a time for reflection which influenced millions of workers to rethink their way of living, which includes their work life.

“Candidly, they want to be part of something bigger than themselves: a team,” Ceresani says.

This comes down to culture again, Bussmann says. “Great organizations will keep those around through the good times and the challenging times.”