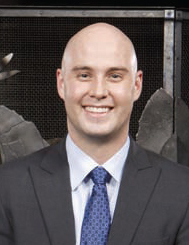 The Pokagon Band of Potawatomi Indians opened the Four Winds Casinos as its flagship property in New Buffalo, Michigan in 2007. Justin Quigno saw opportunity. A 20-year-old college student, Quigno got in on the ground floor, dealing craps, blackjack and Three Card Poker.
A decade—and two degrees—later, Quigno now serves as director of slot services for not only the property at New Buffalo, but for the other two Michigan Four Winds casinos, in Dowagiac and his hometown of Hartford. The tribe will add a casino in South Bend, Indiana in early 2018.

Those degrees? A bachelor’s in business administration in 2010 at Western Michigan University, and a master’s in hospitality business management from Michigan State in 2015.

“To me, college is an investment into the future,” Quigno says. “The pursuit of higher education is a commitment to success. And while college may not directly teach someone how to become a slot director, college does teach people how to learn.”

“Such exposure provided me with a comprehensive view of the casino operation as a whole. This experience, in combination with my education, has equipped me with the tools needed for my current role,” he says.

In his current position, Quigno oversees the performance and operation of more than 3,500 slot machines and 200 employees among three properties, with another 1,800 games set for South Bend.

“I have direct oversight of not only our slot team, but also our players club and promotions teams as well. And I established and I’m in charge of our Play4Fun online gaming platform,” says Quigno.

A typical day includes meeting with management staff to go over administrative actions for the day.

“I work closely with our executive team to go over game selection and production placement, while constantly keeping a close eye on game performance,” he says.

Quigno credits his parents for piquing his interest in gaming.

“My parents would occasionally take vacations to Las Vegas,” he explains. “They would always come back and share interesting stories about their experience. Often, those stories involved an entertaining dealer. I guess the profession just seemed fitting to my personality,” says the father of one with another on the way.

He cites Joe and Leane Quigno as a big influence in his life.

While internet-driven platforms and the push for millennials through skill-based gaming will be an increasing part of the gambling landscape, Quigno believes that the future will “look a lot like it does today. A casino’s brick-and-mortar facility will ultimately be the backbone to its success.”

“Surround yourself with good people. Seek leaders in positions that interest you and ask them to be your mentor.”