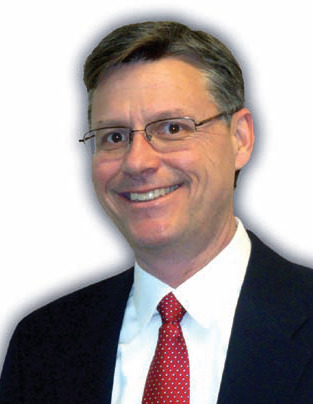 For Richard Pennington, taking over as CEO of Aruze Gaming America in December 2010 presented a unique opportunity—to apply skills honed working for an industry behemoth to an upstart, rapidly growing slot manufacturer.

Pennington had been vice president of corporate strategy and product development at International Game Technology, where he had worked for nearly 20 years. When he was tapped for his current job, Aruze was making headlines as the “new/old” kid on the block. Kazuo Okada, chairman of Aruze of Japan, had instituted a resurgence of his company (originally known as Universal) in the North American slot market. Aruze Gaming America was successfully translating the Japanese parent company’s acumen in the pachinko/ pachislo market of its home country to slot machines in the U.S.

Pennington says he was excited about the transition from a huge company to a small-but-growing one, and, as he says, “trying to create your own momentum.”

“At IGT, it’s a battleship—it has momentum; you have brands; you have intellectual property,” Pennington says. “You had an infrastructure that doesn’t need day-to-day attention like you find in a smaller, more aggressive company. But there are advantages in the smaller company. There is quicker decision-making, and a much faster cycle between what’s occurring in the field and when you make your decisions, and the implementation of those decisions.”

Pennington has spent his first year at the helm of Aruze establishing the slot-maker’s identity, and that has resulted in an expansion of Aruze’s market footprint. “It’s been about positioning our products and understanding what is most important for our customers and our players,” he says. “Once we established who we are in terms of a brand, and started putting games out that reflected that, it’s been quite remarkable.”

What has been remarkable is Aruze’s increasing market share, which surged dramatically in the last three months of 2011. “Now, we have to work on the other side,” Pennington says, “on getting those products to customers on a timely basis.” To that end, Aruze has tripled its sales force and went from one to five sales offices. “We’re working on all of the other aspects, including significantly increasing our game output, our production capacity and our support capacity.”

It has helped that Aruze’s game quality is second to none. Runaway hits like “Paradise Fishing” have been joined by hybrid arcade-style games in the G-Deluxe series and the company’s new stepper product. “Our growth has been very balanced between linked products, stepper and video,” he says.

Pennington says the currently slow replacement cycle in the slot sector is more of a problem for the big boys like IGT and Bally than Aruze, “because they can’t grow significantly without it. We can grow significantly by taking market share. Our opportunity to gain market share is about creating products that are unique.

“We understand better today how to position our products for both our customers and our players. As a result, we’re having an enormous amount of success.”

It’s likely that success has only just begun.