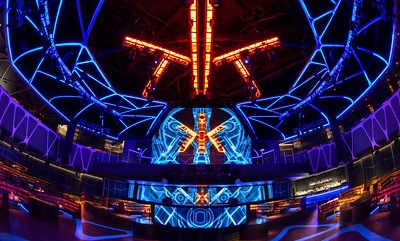 In a combination of giants in the nightclub industry, the Tao Group has purchased the Hakkasan Group. The two companies were hard hit during the pandemic, when Hakkasan immediately laid off all its employees only weeks after it began. Although the combination of the companies includes more than 60 venues across five continents, the largest impact will be in Las Vegas, where Tao will now be the undisputed king of nightlife. Its Las Vegas nightclubs include Hakkasan at MGM Grand, Tao at the Venetian, Marquee and Beauty & Essex at the Cosmopolitan, Omnia at Caesars Palace and the Jewel Nightclub at Aria.

Even though the nightclubs began reopening almost a year ago, capacity limitations and health and safety procedures have prevented them from even reaching the break-even point. The clubs, however, got a boost on May 1 when capacity was raised to 80 percent in Las Vegas.

Even before the pandemic, however, the nightclub business was fraught with uncertainty. The failure of Kaos at the Palms shook the business to its core. The recent announcement that Resorts World Las Vegas will include at least two nightclubs featuring DJ superstars Tiesto and Zedd shows the cost of running a successful nightlife business won’t be going down anytime soon.

The Tao Group is majority-owned by Madison Square Garden Entertainment, which is currently building The Sphere, a 20,000-seat, state-of-the-art arena behind the Sands Expo Center.