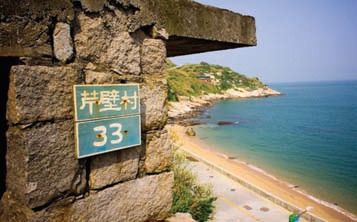 Taiwan’s government has approved a draft casino bill for consideration by the national parliament.

The bill assesses an effective 14 percent tax on gaming revenue, consisting of a 7 percent “franchise fee” for the first 15 years of operation, increasing to 8 percent through year 25 and 9 percent thereafter, and a local government tax capped at 7 percent.

The Ministry of Finance had sought an additional tax on gambling winnings, but the measure would codify a 20-year moratorium on that.

The draft sets the minimum age for entering a casino at 20 and envisions a number of Singapore-style restrictions, banning gambling by certain groups of Taiwanese citizens such as recipients of government allowances and individuals who have been declared bankrupt and those with bad credit records. Family members, close relatives or partners also will be able to request that individuals be excluded as problem or addicted gamblers.

The parliament, the Legislative Yuan as it’s known, will now take up the bill, which currently applies only to the island chain of Matsu under the provisions of the central government’s Offshore Islands Development Act. Residents of the islands, which are located about 10 miles off the coast of mainland China’s Fujian province, voted in a referendum last summer to approve casinos.

Minister of Transportation and Communications Yeh Kuang Shih said that the government is not considering allowing casinos on Taiwan proper, laying to rest an idea floated by influential Taipei businessman Terry Gou and others.