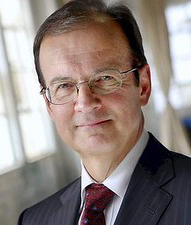 Having passed the necessary regulatory checks, Switkowski will replace interim chair Jane Halton in the role. Halton, who has filled the role since August 26, is the only one of 11 Crown board members from a year ago still with the company, and will remain on as an independent non-executive director.

Switkowski joins a number of other recent board appointees, including former SkyCity Entertainment Group directors Nigel Morrison and Bruce Carter. When he was appointed in August, Switkowski said it is his plan to “grow value for shareholders by continuing the urgent work to reform the business.”

Last year, Crown was deemed unsuitable to retain its gaming licenses for both Crown Sydney in New South Wales and Crown Melbourne in Victoria. The NSW casino was new and never opened, but may eventually open if Crown comes into compliance with regulations in the states where it does business; the Victoria casino remains operational under a two-year probationary period, during which Crown must prove itself worthy to retain the license. Crown Melbourne will operate under the watch of a special manager during that grace period.