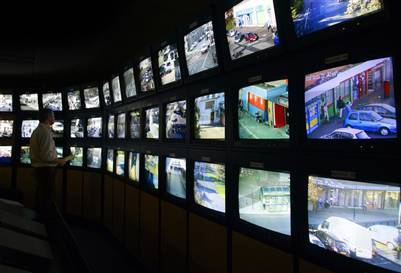 Every few years, a new technological buzzword (or phrase) begins to circulate throughout the gaming industry: TITO. Server-based gaming. RFID. And now: dataveillance.

Dataveillance is a new kind of technology that allows a database to pull data streams from video surveillance feeds, access control systems, cash register transactions, time clocks, slot machines-any information generated by the casino and its multiple systems-and mine the data for events of fraud or theft.

The end result is a streamlined surveillance process that uses all of the information at a casino’s disposal in an integrated, sophisticated manner.

The Initiative
Dataveillance is not a new concept, but it has only recently gained ground in the gaming industry due to a push from Synectics Network Systems. Last year, the company partnered with Darrin Hoke, director of surveillance for L’Auberge du Lac Casino Resort in Lake Charles, Louisiana, to turn dataveillance into a reality.

Hoke discovered a case of comp and cashback fraud at his property in 2007, and throughout his investigation, he manually pulled data from the casino’s systems in order to find patterns. Hoke says he felt like “we had to build a better mousetrap to capture these fraud indicators by tying data to video.” He reached out to Synectics, and now the company is currently developing a product to do what surveillance directors like Hoke need to detect theft or fraud.

“Part of what the dataveillance-type application does is it creates a common database environment where we can import data from totally disparate systems and platforms into one common database environment,” says Synectics North America Chief Operating Officer John Katnic. “Once we have the data within the dataveillance environment, then there’s a set of tools-basically database logic tools-that allow you to mine data, either from a single system or in combination with multiple systems.”

Casino operators can equip the database to set off an alarm when an event or multiple events occur simultaneously. Hoke worked with Synectics to develop a set of guidelines for alarms.

“We have created a number of metrics that aid the surveillance department in identifying trends and patterns associated with fraudulent behavior,” Hoke says. “This information is then used by surveillance and compared against the actual events caught on video.”

For dataveillance to succeed, third-party companies would need to export their data to an application like the one Synectics is developing. Video analytics company ObjectVideo is one of the third parties that is partnering with Synectics to make dataveillance a reality.

“Video analytics rules can be created to pinpoint certain actions and behaviors, then output those in real time as events,” says Bob Cutting, ObjectVideo’s vice president of product management. “Those events-whether they are alerts for security violations or counts of people-become yet another complementary stream of data for a dataveillance platform. ObjectVideo’s job is to convert video into that useful stream of data that can be monitored in real time alongside other operational data, such as point-of-sale data, slot usage data and so on.”

As the casino floor becomes increasingly networked and more streams of information are generated by the casino and its systems, converging those streams seems like an inevitable evolution.

“I think the big-picture justification for applications like this is just the ever-accelerating amount of data that people have to consider for security applications,” Katnic says. “You need tools that sift through all the benign noise, which comprises 99 percent of the security data that’s generated. Less than 1 percent is actually of any value in terms of possible theft or events. You just need something to manage all these mountains of data that are being generated from these systems.”

The Advantages
The primary function of an upgraded and expanded surveillance system is the ability to detect fraud and theft at a higher rate. Combining data with the visual observations of surveillance staff could boost a casino’s fraud detection rate by pulling information that may be invisible to the naked eye.

“What may appear as a benign event using one security system may no longer be benign when it’s combined with data from another system,” Katnic says. “Let’s say at a cash register, a staff member issues a refund. That’s a benign event in and of itself. We have a people-counting camera that tells us how many people are in the queue, and that system happens to tell me that no one is in line. Again, a benign event. But if those two things are combined-there’s a refund, but no one’s in line-we have a high probability that the person behind the cash register is pocketing money.”

But casino operators can use dataveillance for purposes beyond simple fraud detection. Cutting says dataveillance technology can be implemented to boost a property’s performance as well.

“Our position has always been that video itself, and the events that an ObjectVideo-enabled system can automatically generate in real time, has significant value, but there is greater value to be achieved when that data is used in a complementary way with other business systems,” Cutting says. “We have a retail customer that recently installed an intelligent system to count people entering their stores. But having that data is not the ultimate value for them. They use that data to generate daily sales performance metrics per store by combining it with point-of-sale transactional data so they can monitor traffic-to-sales conversion, which is a powerful performance indicator.”

Slot machines also generate data that can be used by a dataveillance application to monitor the success of a casino.

“Dataveillance replaces assumption with concrete data providing facts about how jackpots impact players around the win, or why players linger in certain areas, for example.”

The Future of Surveillance
Katnic, Hoke, Cutting and Baldi participated in a panel discussion on dataveillance at Global Gaming Expo 2009. The panel, called “Dataveillance: The New Breed of Casino Surveillance,” covered the concept behind dataveillance as well as its advantages in an increasingly networked world.

Hoke says the discussion was well received by G2E convention attendees, many who were eager to learn when an applicable product would be on the market.

“I received a lot of positive feedback from the people who attended the G2E panel,” Hoke says. “I also heard from many that this initiative is long overdue and they can’t wait until the technology is available.”

“I guess the real question is whether casino operators are OK with these numbers, or should they be giving surveillance more tools to protect the sizable assets of a gaming business,” Hoke says.

Synectics is driving an initiative to educate casino operators about the benefits of dataveillance, and Katnic says those who attended the panel discussion were open to the possibilities dataveillance can offer.

“It’s a very new idea to actually take data from multiple databases and correlate them to find things that you don’t see otherwise,” Katnic says. “What we saw were a lot of wheels turning, people thinking, ‘How could I use this? What sort of things do we want to apply this tool to?'”