Surveillance in the high-tech, high-def era benefits the bottom line 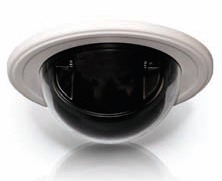 Score two for the house.

High-resolution cameras and sophisticated software gain increased prominence in gaming’s lucrative surveillance stakes. They have become figurative eyes and ears, joining the vaunted “Eye in the Sky” casinos use to combat millions of dollars lost to theft and cheating.

The  real-time element is important. A sophisticated security system can observe card-counting groups planning to exploit a rip table for high-card count. It can also detect a patron’s move through the property, even a suspicious table transaction, drilled down in freeze-frame, slow-motion replay or enhanced imagery.

A casino can even spot certain players as they walk onto the floor. Overall, the enhanced systems can help security personnel get ahead of a potentially harmful situation.

It may seem harsh for operators to monitor advantage players like this. Yet they are constantly reminded of their vulnerability.

Hollywood itself even plays a role. Ben Affleck was barred from the Hard Rock Casino in Las Vegas last year for card counting.

In real life, casinos are turning to technology to reduce their risk and increase their profits.

Scotland-based IndigoVision has an extensive surveillance track record. It is in about 70 major properties, including casinos in Macau, Europe and Australia. Indigo has installations in 20 American states and offers end-to-end IP video systems that utilize cameras, recording systems and analytic software. The company designs its cameras, recorders and software in Scotland and sells to casinos. A systems integrator installs the package.

The change to high definition is one of the biggest surveillance trends in years, he indicates. For a decade, 4CIF ruled the high-end camera specifications, but megapixel cameras have become the new stars. The HD video produced by them is up to 30 times more detailed than the old 4CIF devices, Frame says.

For the  first time,  surveillance operators can see when cards have been folded or marked in play, identify stacked chips and read dice using fixed cameras that don’t require operators to manually zoom. This luxury entails an investment, however, because the new cameras are not compatible with the 4CIF devices.

There is no better time to upgrade than now, contends Steve Wright, the manager of U.S. sales for IndigoVision.

“They also wish to have more updated recording systems. This is a great time to be giving them new systems, cameras and software. The life span of the cameras ranges from six to 10 years. It’s a great market for us. We reckon that casinos are the hardest users of equipment. They are constantly bringing up the cameras and looking at them, and then bringing up another bunch, as opposed to operators in other businesses who sit there for hours watching the same cameras.”

Wright credits the software inside the cameras with expanding the effectiveness of casino security operations. The software has enabled a concept called Pursuit Mode, allowing a casino to follow someone’s journey from a table through a casino.

An operator can click a button, triggering nine cameras in a particular area. If the person keeps moving, the operator clicks another button bringing nine different cameras to life. This is significant if the casino believes a customer has stolen something and is trying to leave.

“Traditionally, you have to remember the camera numbers or read the camera numbers off a map,” Wright says. “That’s extremely hard if you have thousands of cameras (the typical property uses anywhere from 600 to 4,000, according to industry estimates) and if the person is moving quickly. This is the way forward. Let the software either help the operator get the evidence faster or just get more evidence.”

A wide range of cameras may capture the “before,” not just the “after” of card-counting teams. Players working in groups have numerous methods of bilking the house. One of the most common is a player being signaled to a suddenly hot table by a card counter seated there. He bets significantly and leaves when the count no longer favors the players. Later, he will be signaled to another table. For casinos, this is an expensive form of hit-and-run.

What are the signs between players?

“They can be anything,” Wright says. “You can be denoting a count on one hand, or a suit on another. If you touch your nose, that might mean, ‘Let’s get the hell out of here,’” he laughs.

A range of surveillance cameras, especially in Pursuit Mode, can track the player’s movements and pick up signs he receives from other players. A scam could be halted midstream.

What does nearly $1 million buy today? A place at the forefront of video surveillance.

This  project, at just under $1 million, transformed Black Oak from the analog into the IP era, via HD specialization.

The blueprint aimed to switch to high-definition cameras, enhance the virtual matrix capability, and provide a migration strategy and an equipment upgrade to an IP-based system. As part of the process, SSI chose Avaya Fabric Connect technology and Virtual Services Platform to upgrade the video surveillance system.

This surveillance deal produced hundreds of cameras mounted on a wall “that looks like a control room for NASA,” jokes Todd Flowers, president of SSI. “It’s an impressive display.”

The property may now hope to say, “Houston, we don’t have a problem.” They would probably be big in a casino this size.

“With a property as large as the Black Oak, and with so many various activities, keeping an eye on assets and balancing that with creating a safe environment was a challenge,” Flowers says. “We saw that the property could benefit from a new video management system as well as cameras, servers and a new control center to be more efficient covering the on-site casino hotel and gaming floor. Eventually, it could be expanded  to the exterior sites, such as the parking lots.”

“By replacing the existing storage with a new network storage manager, we allowed existing encoded video streams from analog cameras in the system to be recorded on the same platform as the new high-definition cameras that stream using the more efficient H.264 protocol,” Flowers indicates. “We could also eliminate single points of failure so that the system could operate without interruption, and allow the recording of multicast data streams.”

The project grew from cameras, storage and video management systems into an enhancement of the surveillance room. It was completed late in 2014. SSI opened 2015 by securing a slightly larger project for the Yellow Brick Casino in New York.

Casino weakness—from a dealer’s exposed hole card to a marked deck or its inability to spot an employee-player tandem—is costly. That’s why surveillance is a hot play. Throughout the industry, from project to project, operators weigh up-front upgrading costs with back-end results.

For operators, the investment is, literally, their security blanket.