Understanding and acting on surveillance reports 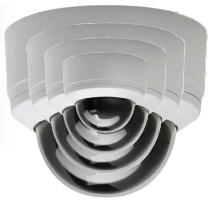 The surveillance report appears suddenly in your in-box, as it does every so often. But this one looks different, and after a few moments of reading the synopsis, you learn that there was an arrest of a few employees. It sounds interesting, so you click to open the attachment.

The document tells of a couple of the property’s employees who were charged with crimes following a lengthy investigation. They were working covertly with a few patrons, and you further read that these other individuals are being sought by law enforcement. As you read deeper, you learn that this investigation uncovered a number of dastardly deeds committed by a few very well-liked employees and patrons.

The value of loss that they were responsible for shocks you, but as you read, you become even more shocked to learn how often they were engaged in this fraud, how cleverly they got away with it for such a long time, and exactly how they constructed and carried out their plot. You even learn that this entire plot was discovered through a routine random surveillance audit of one of the involved employees.

When additional auditing was completed through both live observation and video review of the same employee, some odd behaviors were discovered as well as normal behaviors. The report explained that this provided contrast in the despicable employee’s overall actions and behaviors, and led surveillance staff to question the reasons for the normal and abnormal behaviors.

They found the reasons in system software that had been integrated into the surveillance room—software used to manage table game processes, slot machine processes and cash-handling areas. Each of these software branches was data-mined to find similarities between the times that the audited employee was behaving oddly and any other patron’s visitation times on property. The report points out that each time matched and implicated three patrons, and some of their visits indicated two of the other arrested employees.

You remember that the surveillance leaders had sold you and the executive staff on the benefits of full integration as a means to “protect the assets.” You are glad they did.

You might not quite realize the depth to which your surveillance staff can go in detecting, investigating, evidence-collecting and executing the final steps with law enforcement and human resources in bringing the truth to your computer screen. Many intricate steps and tricks of the trade can and are likely employed to finding an end to losses by a property, but many within our industry know very little about these processes.

Still reading line after line of the emailed report, you learn that connections were discovered between the employees and their accomplices using Facebook, Google and other common social media websites. You learn that the employees and patrons had actually become a conspiring group more than a year ago, which means it is likely that they had been engaged in their ripoff scheme for possibly that long.

It is also likely that you stop for a moment to calculate the annualized loss that this scam could have had, might have had and probably did have on the bottom line.

Further reading reveals some of the details of the scam, the cover-up, the distractions, the intricate moves—all apparently captured on video, as each detail in the report now is preceded by a military time, all the way down to the seconds.

The last few paragraphs of the report detail an elaborate plan by surveillance, along with the security counterparts, in quietly apprehending the employees so they were not only caught off-guard but missed the chance to communicate with any of their co-conspirators. You read that they are each interviewed alone, and you learn that they each fully confess, and even provide handwritten statements fully admitting their actions and naming the non-employee members of the “team.”

All of this, along with the detailed archived video images and the highlighted reports, data-mined results and surveillance records, led to the employees’ arrest by local law enforcement.

How likely is it that this story and its details could actually take place in one of today’s modern gaming facilities? Does your surveillance department have the tools necessary to achieve these results?

The fact remains that most people in our business will likely answer something similar when asked the question, “What does surveillance do?” However the answer is formulated, it will address some basics regardless of the person’s background.

“They protect the assets” or “watch people and try to catch them doing something wrong” are two common responses, and while correct, only scratch the surface. Present-day surveillance rooms already do more than those of a few years ago did, and in some of the differences, there are benefits which impact the entire property. However, few outside the surveillance monitor room walls may know.

Even those who do know what takes place in the covert surveillance world seem to agree that we need to raise the expectation of surveillance. And then we need to far exceed the new expectation. Many also agree that the first key to building the surveillance engine to a force that righteously and proactively protects the assets starts with support—support from the executives whose leadership can move the surveillance ability into the future and expect great and continuing results from its staff.

The next step is to step out of the box and find the following concepts as the expectations:

The surveillance staff should use every available database and software system on property. Even more effective is the culture that new digital tools are brought to property and surveillance is always a partner in the venture. This ensures that besides the primary user fully utilizing the purchase to achieve the return on investment, there is always someone else (surveillance) finding ways to mine data or integrate the tool. Surveillance may explore either integrating the software or utilizing it as a support tool for auditing.

It is absolutely possible and completely beneficial to engineer a solution to merge every data-based system in the operation of a gaming property or resort with the video management process. This focus will move the surveillance department from “observe and report” to “investigations.” This is already proven in some gaming environments around the world.

System integration—such as customer tracking accounts, slot data systems, hotel management systems and reporting software from every available source—would allow the surveillance department to utilize these systems to create virtual timelines within an investigation. Then the timelines could be married to the time-mirrored video, and a more complete story line is created.

In this digital age, surveillance departments have the ability to develop data mining acumen to a tremendous level. Besides the already-integrated software systems, add to the mix a few “pay for results” internet websites, and there is a powerful investigative brew stewing in that dark cave. Performing even simple Google or Facebook searches can produce some amazing results, which could tie some investigative elements together. An excellent example of this is a surveillance employee who was able to connect a number of known advantage players together by discovering through Facebook that they each had listed the same place of employment under their personal information.

Many years ago, I remember a director of the surveillance department storming into the room to announce, in a large, booming voice, that we were “tossing out the clipboards” on which we documented our activities and we were “entering the digital age!” It was a surveillance-life-changing moment for all of us in the room. Today, we have taken those first attempts at digital clipboards and seen them transformed into cavernous databases, which are some of our future information mines.

The ore is going into these digital backups as audits of human behavior. While an audit is simply the observation and documentation of a person’s activities and behavior against a set of criteria (their job), what the accumulation of hundreds of audits will be used for in the future is actually much larger. Surveillance departments today can complete audits at a blistering rate, building an audit database of information related to employee behavior, which can be mined for future investigations.

In the story described at the beginning of this article, the investigative process might have tied together the employees related to the scam given similar behaviors which were documented, discovered and found through data mining. This doesn’t even begin to touch on the value of surveillance-based auditing towards human resource issues or management concerns, but that frankly has been an existing part of the surveillance world for many years.

So with all of these great integrated systems and new tools added to the mix, who are these strange souls who barely turn their heads to look at someone entering a surveillance monitoring room? Better yet: Where do surveillance people come from?

If you’ve spent any time in a surveillance room, you’ll likely agree that it takes a special kind of person to commit to such work. While the same thing could be said about many other professions, gaming surveillance professionals have some very unique responsibilities for which they are charged, and without some special characteristics, those responsibilities would not receive due attention. So the answer to finding surveillance people is a possible change in focus: We must discover these attributes and place them high on the list when considering applicants for the position.

One of these attributes is focus—or more specifically, the ability to avoid being distracted and mindful. Another is an open mind, and an understanding that crazy-high expectations will be placed upon them and they will be expected to deliver on them, and to exceed them.

They are also future surveillance leaders, and quite possibly gaming leaders in any position. This is because the lid is gone from what, as surveillance professionals, they will learn, master and do to protect the assets of their property.

To the point: There is a growing number of current surveillance leaders who ensure that their departments complete many of the property investigations from “cradle to grave.” While they might work closely with other departments, once an investigation is initiated and is supported by video, the surveillance department may see the investigation through to the interview of the suspected individuals.

This culminates in a tremendously valuable place, as the people who watched the suspects through the duration of the investigation are the right people to conduct the interview. This is, of course, with proper ongoing training and development.

The future of surveillance has it touching every aspect of a gaming property. Whether it is the video images or fully integrated investigative systems, or the innovative culture which resides within its walls, the surveillance department of the future maintains a vast number of layers which will be used in many ways to protect the assets.

Once discovered and utilized, those layers may even help to improve the bottom line through protection of profit and improvement in customer service. Actually, your own surveillance department may be doing those future-deeds right now; you need only open the Russian nesting doll’s first shell to find out.