Not one but two projects get OK 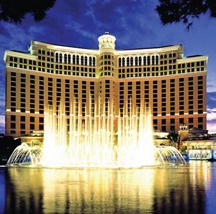 Earlier in the year, the Macau government laid out its plan for approvals of land concessions in the Cotai area of the SAR, when it said that two companies would get the OK. In May, the government gave the go-ahead to Wynn Resorts for its billion project behind Melco Crown’s City of Dreams development. It’s been a long wait for the second concession, leaving finalists MGM China and Macau operator SJM on pins and needles. And last month, the government had a little present for each.

As most expected, the government gave its blessing to MGM China for a $2.5 billion project in Cotai. The project will contain 1,600 rooms, more than 500 table games and 2,500 slot machines on 17.8 acres. MGM paid the government about $56 million for the land concession, a price in line with the cost of the Wynn parcel.

But the big surprise is that the next day, SJM got permission to proceed on its development. The company hopes to build a property with 700 table games and 1,000 slots. No information on the number of hotel rooms or the total cost was announced, but SJM paid the government $269 million for the land.

Still to come is the official “gazetting” of each grant, which is publication of the deals in the Official Gazette of Macau, that will signal the OK for construction to begin. While the government said this publishing would come “in due course,” it could be months before it happens. Wynn received its initial approval in November last year, but wasn’t able to get under way until the publication occurred in May.

MGM has indicated that it would use one of its established brands for the Cotai hotel. Most expect that would be the company’s most successful brand in Las Vegas, Bellagio. The company has already committed to using that brand in a non-gaming property in India for its hospitality division. The MGM plot is located behind Sands Cotai Central and across from Melco’s City of Dreams and Wynn’s Cotai development.