Gaming tribes have a little more leverage in negotiating with states 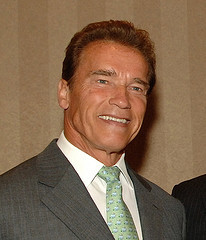 The U.S. Supreme Court last month upheld a lower court ruling that then-Governor Arnold Schwarzenegger acted illegally when he tried to take 95 percent of the new revenue the California’s Rincon Band of Luiseño Indians stood to make in exchange for allowing them to deploy an additional 900 slot machines at their casino by the state gaming compact. That constituted an illegal tax, the high court said.

Schwarzenegger had demanded that the Rincon Band, which is in San Diego County, pay the state $38 million, which left the tribe $2 million of the $40 million in projected new earnings from the additional slot machines. As a concession the governor promised that Rincon wouldn’t have to compete against commercial casinos, something the tribe said was already guaranteed by the state constitution.

The ruling opens up the way for other tribes to seek to renegotiate their compacts. It also clarifies that money the state collects from gaming tribes should not be earmarked for a state’s budget deficit, but should be used for local and regional needs, especially for the communities impacted by casinos, for needs such as public safety and infrastructure.

The high court upheld rulings by the U.S. District Court for the Southern District of California and the United States Court of Appeals for the 9th Circuit that Schwarzenegger acted in “bad faith” by trying to illegally tax tribal gaming revenues during compact negotiations with a Southern California tribal government.

The case will be remanded to San Diego, where the Federal District Court will preside over a 60-day period of negotiations between the state and the Rincon tribe. If they can’t reach an agreement, the dispute will go to binding arbitration, and in a last resort, the mediator would select the proposal which most closely complies with federal law.

The Rincon band sued the governor in 2004, claiming he violated federal law when the tribal government asked to open negotiations to add slot machines to the 1,600 it operated at Harrah’s Rincon Resort and Casino. Negotiations stalled over the state’s demand for a higher percentage of the tribe’s new revenue.

The 1988 Indian Gaming Regulatory Act created the framework for tribes seeking to obtain compacts with their states before offering gaming. IGRA specifically forbids states from taxing Indian gaming beyond the need to defray the cost of regulating the gaming.

The Rincon Band hopes the current administration of Governor Jerry Brown will return to the bargaining table, said Bo Mazzetti, tribal chairman. “Rincon is just one tribe, a small player in the scheme of the state’s overall number of tribal gaming enterprises, and their contributions to Californians. But, we believe, this is an opportunity to set a new course for negotiations between the tribes and the state—one that is not divisive politically, but demonstrates how a governor with vision can create a partnership between both governments.”

The tribe and state also disagreed on where to allocate tribal fees. The tribe advocated funding projects that benefit communities near the casino. The Schwarzenegger administration demanded they go to the general fund.

The 9th Circuit Court agreed with Rincon and the district court that by placing the fees in the general fund, the state was taxing the tribe.

IGRA only allows states to seek compensation for costs related to gaming such as regulation, gambling addiction and to mitigate impacts on neighboring communities.

Judge Milan Smith, writing for the 9th Circuit Court of Appeals, said, “No amount of sophistry can undermine the obvious: a non-negotiable, mandatory payment for unrestricted use yields public revenue, and is a ‘tax.’”

Possibly the first California tribe to benefit from the ruling, besides Rincon, is the Pala Band of Mission Indians, which said last month that it will ask to renegotiate its compact. It was the first tribe to take Schwarzenegger up on his offer to expand gaming when he took office in 2003. Most other tribes turned down his conditions, although only Rincon sued in federal court.