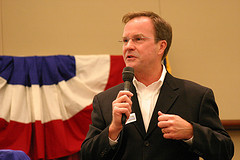 In a document filed August 30 with the U.S. Supreme Court, Michigan Attorney General Bill Schuette argued that the state should have the right to stop the Bay Mills Indian Community from operating an off-reservation casino in Vanderbilt. In the brief, Schuette wrote, “If state sovereignty means anything, it must include the ability to stop illegal conduct on lands under state jurisdiction. If Bay Mills is allowed to break the law by opening casinos outside Indian lands, tribes that follow the law will be unfairly disadvantaged by illegal, competing casinos.”

The Bay Mills tribe has operated an 84-slot machine casino in the northern Lower Peninsula, about 100 miles from its headquarters in the Upper Peninsula, since 2010.

The tribe purchased the property with interest earnings from a settlement with the federal government over claims it had been underpaid for land ceded through 1800s-era treaties; five tribes received the settlement funds under a 1997 law. The Bay Mills tribe said land acquired with interest from the settlement should be considered the same as other Indian land holdings. The state said the tribe opened the casino without federal permission and violated a state compact with Native American tribes.

In March 2011, a federal judge ordered the casino to close, pending the outcome of a lawsuit filed by the state. But in August 2012 a federal appeals court panel reversed the ruling, saying the lower court lacked jurisdiction to close the casino and that the tribe had sovereign immunity.

The U.S. Supreme Court will hear the state’s appeal to that ruling in early December.