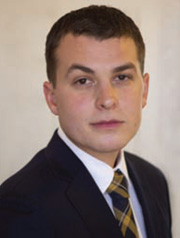 Although computer science can benefit someone entering the slot machine side of gaming, Ryan Kulp knew he needed more than a degree to wow the people at Australia-based Ainsworth Game Technology.

So he did his homework.

While he was still in college, his dad, Robert—an exec with Gateway Gaming at the time—told him about a remote technician position, installing and servicing machines, at Ainsworth.

“I applied,” Kulp says, “and spent the next several days searching online for whatever slot machine manuals I could find and reading through them.”

The job was his, and eight years later, he still works for Ainsworth, but out of the Las Vegas office. In his current role as systems design and documentation manager, Kulp leads a department that acts as liaison for the Australian engineering and R&D teams for technical issues handled in the Americas. These include new hardware release processes, product training, factory inspections and similar technicalities. When Ainsworth acquired Nova Technologies in early 2016, the department expanded exponentially, and so did Kulp’s job.

His career has posed challenges along the way, but not obstacles. “An obstacle is something that hinders progress, and I’ve been fortunate enough to work with a great team of people who have not allowed this to happen,” Kulp says. “I’ve been challenged with new roles and responsibilities that required me to learn new things, but with the help of mentors and colleagues, I got through them.”

Kulp cites two key mentors. One is his father, now chief operating officer for Encore Amusements of Georgia. “In all aspects of my life, my dad has given me great advice that has kept me on the right path, and is the reason I started in the industry.”

The other is David Waters, a former exec with Nova, who became his boss in the acquisition. “I’ve learned so much working for him, and am humbled by his confidence in my abilities,” Kulp says. “I could not have asked for a better person to work under.”

He also gives a shout-out to Ryan Comstock, chief operating officer at Ainsworth, for his support and ongoing leadership. As for the future, technology is limited only by imagination and regulation, Kulp says, adding that online gaming, mobile gaming and brick-and-mortar casinos can coexist.

“Although I think mobile platforms will continue to grow, player demand for more interactive and immersive games will lead to better cabinet designs with built-in technology that can be leveraged for a better player experience that cannot be matched on a mobile phone,” says Kulp, who relaxes with a cold drink by a pool, tinkers with building things and brews beer.

He tells industry newcomers to love what you do. “If you don’t, it’s unlikely you’ll spend the time needed to master your craft. You should always reinvest in yourself—with a class, seminar or certification.”

And always listen to your elders in this industry, he adds. “They’ve seen and heard it all. The best lessons and advice can be taken from them.”