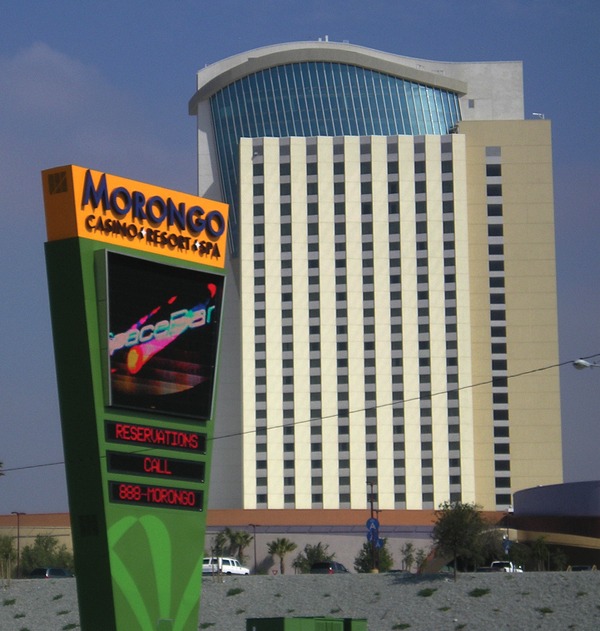 Some California card clubs and gaming tribes, who have for a decade been at sword’s point, have allied to quietly but insistently lobby Sacramento lawmakers to make internet
poker legal.

The leading Indian tribe in this effort is the Morongo Band of Mission Indians, operator of one of the most successful tribal casinos in Southern California, Morongo Casino and Spa. Spearheading the effort for the card clubs is the Commerce Casino, a Los Angeles club. The proposal is called the Morongo Initiative -Tribal Intrastate Poker Consortium.

During the August legislative recess, they were bending the ears of legislators, who, swimming in a sea of red ink, are receptive to proposals that might raise revenues. However, with only four weeks left in the session,
legislators may not have enough time to give the issue enough study.

Experts estimate that internet poker generates $4 billion a year in illegal bets from U.S. residents. Morongo is putting out statistics that suggest that a California consortium could reap $450 million a year, of which the state could tax 10 percent. Morongo has pledged to put up $5 million to help finance the network that would be established to tap this source.

They are also recruiting from among the 100 gaming tribes and 60 card clubs in the state. Last month, Morongo hosted a presentation for a dozen of them at the Hyatt Regency Sacramento, where they heard the proposal for a consortium of card clubs and tribes to run the internet poker games. Some tribes that attended have been unable to get state-tribal gaming compacts to build their own casinos.

So far, no lawmaker has volunteered to carry the bill. Senate President Pro Tem Darrell Steinberg said last month that there isn’t enough time in the current session to address the bill.

Two tribes that have shown some interest are the Agua Caliente Band of Cahuilla Indians and the Pechanga Band of Luiseño Indians.

Other tribes may require convincing, since they believe that allowing card clubs a piece of the action would violate the California tribal gaming compacts that guarantee tribes exclusive rights to some forms of gambling. The tribes, including members of the California Tribal Business Alliance, also worry that it would violate current Bureau of Indian Affairs regulations that make it difficult for tribes to go far from their reservations to offer gaming.

Proponents counter that it is not illegal for Indian tribes to participate in existing casinos outside of their states, and that poker is not one of the compacted gaming activities for which tribes are granted exclusive rights.