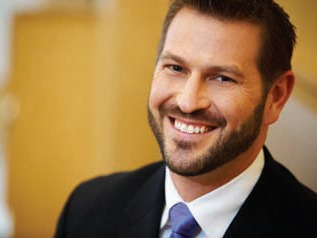 He is currently the vice president, treasury and risk management of Isle of Capri Casinos. But that appointment did not come without years of dedication and hard work.

Hart earned his degree at the University of Missouri-Columbia, graduating with his master’s degree in accounting in 1999. Ernst and Young, LLP (E&Y) was the first firm to hire him, providing him with eight years of valuable experience as an auditor for one of the world’s most prestigious accounting firms. In 2007, he decided to make the leap and join Isle of Capri Casinos.

He managed the Katrina claim as a controller of special projects. Today, he is responsible for maintaining banking relationships, property and casualty insurance programs and payroll.

Hart says the most enjoyable and challenging aspects of his position and role in the gaming industry are one and the same.

“I like being able to do something different each day, and on the risk side, there are always unique variables and different circumstances on each claim,” he explains.

His role as treasurer has allowed him to learn more about capital markets, working closely with the big banks and structuring deals, and that together, these considerations are constantly offering him the opportunity to learn something new.

“Challenging myself with the unknown is very important to me,” Hart says.

Aside from his primary position at Isle, Hart is heavily involved in nonprofit and charitable activities. Not only does he coordinate a number of events for Community Aces, one of Isle’s higher-profile charitable giving programs, he has served on the board of Gilda’s Club and as committee chairman for the Clayton Parties in the Park Board. Additionally, he has volunteered his time with Habitat for Humanity and received a leadership award from the Multiple Sclerosis Association of America in 2006 for his efforts as a corporate achiever. And over the last five years has served on the board where he chairs various Cystic Fibrosis Foundation-Gateway Chapter Committees.

Hart, speaking humbly about his humanitarian efforts, credits Isle of Capri CEO Virginia McDowell for giving him the guidance and ability to follow his passion in the nonprofit world and for being his mentor throughout his career.

“It was Virginia that taught me how to balance my daily job and nonprofit life,” he says. “She is an inspiration and role model.”

Hart’s advice to future emerging leaders who want to build an illustrious career: “If you have ideas, voice them, and really take the initiative to get involved.” Initiative is one of Hart’s core values—something he strives for personally and a quality he seeks out in those who work for him.

“A person with initiative adds tremendous value to any team,” he says.