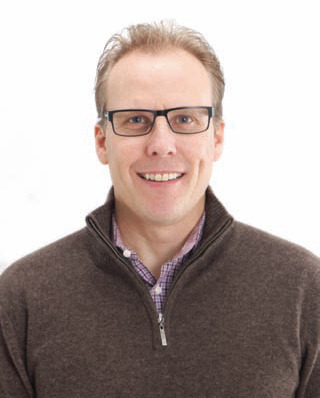 As a tennis prodigy growing up in Sweden, Roger Petterson would compete in matches throughout Europe, and on those trips, he would always keep an eye out for the casinos in each city.

“I was always intrigued by them, and when I was in Spain or Portugal or Yugoslavia or Monaco, all these places, I always tended to seek them out,” says Petterson, who is now corporate vice president of slot operations for

Station Casinos. “They always piqued my interest, so when I came here (to play tennis for UNLV), I opted to go into that field in school, and I never left. It’s been a very interesting industry for me. It never gets dull.”

Petterson, a star tennis player while at UNLV and a member of the 1996 UNLV Sports Hall of Fame class, graduated in 1996 with a bachelor’s degree in hotel administration. He set a goal to be able to help open the Bellagio.

“It was going to be the new, flashy property for Mirage Resorts, and I wanted to be a part of that project,” he says.

Petterson started out in gaming with a focus on table games. “Coming from Europe where table games are king, I thought I would want to be part of table games, so I started working on table games in 1996 and pretty quickly,” he says.

After a while, he realized table games weren’t for him.

“I started looking at what the slot guys were doing out on the floor,” he says. “There were a lot of new games, and a lot of products on the floor, and they’re shifting things around product, and so I gravitated more and more toward that, and I decided to go in that direction. I got accepted in the Mirage management program for slots.”

A year and half later when the time came to open Bellagio in 1998, Petterson had achieved his goal—he was part of the team opening the slot floor at the new property, and he had found his career passion.

“I love everything about it,” he says. “What makes it fun for me is the ever-changing landscape of slots and the new games coming out, the new technology enhancements, new innovations, new play mechanics screens, new 3D technology and everything else,” Petterson says.

Petterson’s career has spanned two decades, including stints with the Mirage, Bellagio and Shuffle Master Gaming. Most of his career, however, has been with Station Casinos, including slot director positions at Boulder Station and Red Rock and corporate director of gaming.

One aspect that Petterson enjoys most about his job is the ongoing challenge of an evolving industry.

“To me, it’s like playing a chess game, to stay one move ahead of your competition and also your players. The whole goal is to be able to provide the latest and greatest games and make sure they have the most fun at your properties,” he says.

To ensure he’s on top of what Station players want, Petterson spends time talking to players on the casino floor, particularly at Red Rock, which is near the corporate offices. Over time, he has cultivated good relationships with players, who often email and call him to chat and ask about games, Petterson says. “At the end of the day it’s important that the games we offer are the right products, so I want to make sure I stay in close contact with players so we can provide the games they are looking for.”

This year, Station Casinos offered a special event at Green Valley Ranch hotel-casino for some of its top slot players. The company invited a group of gaming manufacturers to bring some of their best games to a large conference room and let players try them out. The players loved the opportunity to see and play the newest slots before the games actually hit the slot floor, says Petterson.

“It was great from our perspective, and also the manufacturers, to hear from the actual players,” he says. “That was a great event for them to get feedback on their latest and greatest games that hadn’t even been released yet for the most part.” Now, players can’t wait for some of the games make it onto the slot floor. “They’re saying, ‘When are those games coming?’ which is a good thing.”

Asked about Nevada’s Senate Bill 9, which allows for skill-based elements in slot games, Petterson says he believes it is a positive direction for the industry and an evolutionary step just like the advent of bill validators and ticket-in, ticket-out in the gaming industry. “With SB 9, it’s going to really open up the opportunity for manufacturers to be creative and offer new play mechanics to take the games to really a level we haven’t seen before, and offer even more variety than we currently have,” Petterson says.