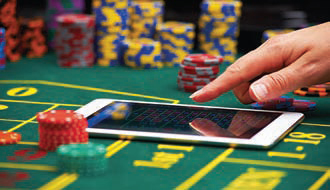 Perhaps considering the comments of U.S. Attorney General Jeff Sessions during his confirmation hearings, when he said he would examine the 2011 Department of Justice memo that exempted online gaming from the Wire Act, four states are examining the legalization of iGaming or iPoker. Sessions has not mentioned the issue again since the hearings, but the widest consideration for legalization is currently under way.

In Pennsylvania, the General Assembly began debate on an omnibus gaming expansion package last month with a three-hour joint hearing of the state House and Senate committees overseeing gaming.

Bills introduced this session generally mirror those debated last year. Both House and Senate bills would create a full range of online poker and casino games, with the largest difference being lower taxes and fees in the House measure. Both bills also provide for regulation of daily fantasy sports, and include expansion measures such as tablet gaming at airports. Also included in the package under debate are measures that would replace the local casino host fee declared unconstitutional last September by the state Supreme Court.

Among those testifying in opposition to iGaming was Anthony Ricci, CEO of Parx Casino, which may become the only casino to oppose iGaming now that Sands Bethlehem will be sold to MGM Resorts. Ricci cited the casino’s healthy revenue stream, alleging that iGaming would cannibalize profits. Senators Lisa Boscola and Robert Tomlinson also aired concerns that online gaming could cannibalize land-based casino revenue—a claim refuted at the hearing by Kevin O’Toole, executive director, and Doug Sherman, chief counsel of the Pennsylvania Gaming Control Board, both of whom noted that no such cannibalization has occurred in New Jersey, Delaware or Nevada (which has only online poker).

Caesars Entertainment Senior VP David Satz called such claims “scaremongering” in his testimony, adding that regulated online gaming provides consumer protection that unregulated offshore sites do not have. “The regulations do work,” he said.

SugarHouse Casino, which already operates an online casino in New Jersey, was among those promoting iGaming. General Manager Wendy Hamilton testified that online casinos help the business of brick-and-mortar facilities. “These are the facts,” she said. “Multi-channel engagement empowered the brand.”

In Michigan, a hearing before the Senate Committee on Regulatory Reform turned last month to SB 203, a bill to legalize and regulate online gaming with strong consumer protections. Providing the main testimony at the hearing was John Pappas, executive director of the Poker Players Alliance.

“For more than a decade, the PPA has been at the forefront of advocating for sensible public policy that authorizes and regulates internet gaming,” Pappas testified. “We know a good bill when we see it, and that is why I would like to thank Senator Mike Kowall for his leadership on this issue.”

The bill is called the “Lawful Internet Gaming Act,” and has been re-introduced by Kowall, who sponsored a similar bill in 2016. The bill would require online sites in the state to offer online poker as well as slots and casino games.

If passed, only Michigan’s brick-and-mortar casino operators and federally recognized tribes with ongoing gaming operations would be eligible to apply for licenses.

However, it’s unclear if the state’s tribal gaming entities will support the bill, which could bring about tribes having to waive their immunity under federal law against being taxed on gaming by the states.

One of the pitfalls of the Michigan bills, however, is the support of Amaya, whose PokerStars website was banned for several years after it continued to operated following the 2006 Unlawful Internet Gambling Enforcement Act. Although Amaya bought the company from the owners during those years and is currently licensed in New Jersey, that time of illegal operations continues to haunt the website. And any support by Amaya taints the legalization effort.

In Massachusetts, the operators of the state’s operating and proposed casinos communicated through the state’s gaming commission chairman, Stephen Crosby, that they won’t oppose the legislature if it looks at legalizing online gaming in the Bay State. Such a bill could be introduced as early as this summer.

Although currently the only online gaming allowed in the state is fantasy sports, a special committee appointed by the legislature to look at a possible omnibus bill that would embrace everything online except the lottery may be ready to give a report in a few months.

The Massachusetts State Lottery is in favor of online lottery sales and has been lobbying the legislature to authorize it for two years under state Treasurer Deborah Goldberg and lottery Executive Director Michael Sweeney. Last August, a bill that included regulation of daily fantasy sports and the lottery was considered, but the provision dealing with the lottery was later dropped.

Crosby, who serves on that commission, said, “I would say by the middle of this year there might be something for the legislature to look at.”

And in New York, Assemblyman J. Gary Pretlow, who pushed an iPoker bill to the brink of success in 2016, is confident he can get it over the finish line in 2017. After an examination of the issues related to iPoker, including geolocation and processes to prevent cheating, Pretlow says he is satisfied, and believes that will be good enough for his colleagues.

Last year, the bill sailed through the Assembly but was never taken up by the Senate. This year, starting in the Senate, the bill was unanimously released for the Committee on Racing, Gaming and Wagering and now heads to the Finance Committee, where Pretlow predicts a similar passage.

The bill allows 10 iPoker licenses presumably limited to casinos, racetracks and tribes with a fee of $10 million each. Players must be 21 years of age and be within the state borders, although it does permit for interstate compacts that would pool players from those states.