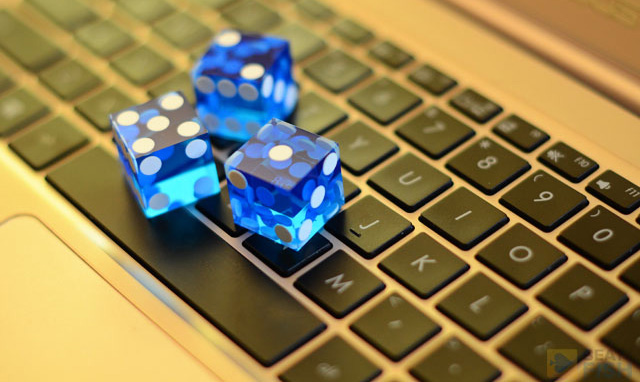 Several states have taken serious strides toward the legalization of online gaming. But the devil is in the details, and there is no guarantee that any of the states will pass laws that will legalize iGaming, and if they do, that the stipulations of the law will be acceptable to companies interested in conducting iGaming.

The Illinois Senate has approved a bill to allow online gaming and daily fantasy sports in the state.

Though the bill has yet to be considered in the state’s Assembly—which was out of session until June 8—the 42-to-10 vote came as a surprise to analysts, as Illinois has not voted on an online gaming bill before.

The bill, titled the Internet Gaming Act, would create a Division of Internet Gaming within the Illinois Gaming Board. The bill allows for both online poker and casino games.

According to a report at CalvinAyre.com, online licenses would be available only to the state’s licensed casino and horse-racing operators. Successful applicants would pay million as a deposit against future tax obligations. The tax on gross gaming revenue would be set at 15 percent, but operators would only be taxed at 10 percent on their first 0 million of annual revenue, and 15 percent on revenue above 0 million for the first five years the law is in place.

DFS license application fees would be based on revenue with operators earning over million per year paying ,000.

The Pennsylvania Senate passed a gaming expansion package that includes legalization of online gaming and daily fantasy sports. Senators easily passed HB 271, a measure originally formulated by the state House that senators had been using as a shell bill for gaming expansion.

Like past measures passed by the state House, the Senate bill would restrict online gaming licenses to the current 12 operators of land-based casinos and racinos—a relief to many who had heard state senators push for online gaming run by the state lottery.

The bill, which now goes to the House, sets a 54 percent tax rate on revenues from online slot and table games, while taxing internet poker at 16 percent. Current operators have said they would not seek licenses to run online casinos at the 54 percent tax rate, which is the same revenue tax operators pay on land-based slot machines.

Both bills passed in the House set the online gaming revenue tax at 14 percent, regardless of the game.

The Senate bill also sets higher fees than the House measures. Operators seeking a full iGaming license would pay $10 million in fees—$5 million each for online poker and online casino games. A license to operate daily fantasy sports would cost the lesser of $50,000 or 7.5 percent of the applicant’s gross revenue, with a 12 percent revenue tax thereafter.

Under the measure, existing casinos would have 90 days after enactment to buy an iGaming license. After that, other companies would be allowed to purchase the licenses, for the same $5 million fee for each type. After licensing, renewal would cost $250,000 annually.

Airport gaming at kiosks and tablets would be licensed at fees from $250,000 to $5 million, depending on the size of the city or county in which the airport is located.

Now late in the legislative calendar, it is unlikely the Massachusetts legislature will take up legalizing online gaming in 2017, Stan Rosenberg, president of the Senate, said last month. Although an online lottery was on a separate track, it too will probably have to wait for next year.

Rosenberg said lawmakers are approaching both issues carefully in order to not harm the brick-and-mortar casinos the legislature has already authorized, and not to harm the existing lottery.

Massachusetts already has one casino that has been operating for nearly two years, Plainridge Park in Plainville. Two more, the Wynn Boston Harbor and the MGM Springfield, are under construction, with opening dates planned for 2019 and 2018, respectively.

Rosenberg said he and his colleagues were uncertain how to allow for online gaming without hurting the infant casino industry in the Bay State. He predicted some action on a bill next year.

At the same time, however, the special commission appointed last year by the Massachusetts legislature to study the issue of online gaming such as eSports—excepting the lottery—is leaning towards an omnibus approach, according to reports.

The Special Commission on Online Gaming, Fantasy Sports Gaming and Daily Fantasy Sports has a July 31 deadline to submit its recommendations to lawmakers. In June, it met to informally poll the nine members on where they are leaning.

Rep. Joseph Wagner, one of the commission’s co-chairmen, said at that meeting, “There are three options I think that we will look at… There’s the gaming option, a type of structure where we have a separate law that would govern this; the omnibus approach, which is where we would give some authority to oversee all of this; or to just simply let it play out for some time going forward.”

Massachusetts Gaming Commission Chairman Stephen Crosby, who also serves on the ad-hoc commission, said, “Our view is that the legislature’s job is to determine whether or not we want gambling online to be legal, and if the answer to that is yes, which it sort of presumptively appears to be, then come up with a regulatory environment that can deal with all of these things as they come down the pike and not have to try to be in a reactive model.” He said he supports an approach “broad brushed, very clear in terms of values and parameters and regulatory criteria.”

He said it makes sense for the Gaming Commission to be tasked with this oversight. “Though if it goes to somebody else, it’s totally fine with us. We’re not invested in it one way or another,” he said.

The drive to legalize online poker in New York has taken a dramatic turn with the inclusion of language that could block industry giant PokerStars from operating in the state.

John Bonacic, legalization’s longtime champion in the Senate, gave no reason for the sudden addition of the so-called “bad actor” provision to his bill on the eve of an expected floor vote in the upper house in which the bill should pass easily, as it did last year.

Some observers point to continued opposition in the Assembly?where J. Gary Pretlow’s companion bill died last year without coming to a vote?and it could be Bonacic inserted the tougher language in hopes of swaying undecided lawmakers there.

Then there is Governor Andrew Cuomo, who hasn’t taken a public position on legalization, but whose political machine has some questionable history with PokerStars, which is fueling speculation that keeping the company out of New York might be a requirement to secure the governor’s support.

“Bad actor” clauses are fairly common in online gaming bills put forward in other states. In essence, they’re designed to deny licensing to operators who marketed to American players after the 2006 passage of the federal Unlawful Internet Gambling Enforcement Act. Prior to UIGEA, most offshore operators were inclined to treat the U.S. as a gray market where they were free to offer their services absent positive legislation prohibiting them. UIGEA changed that—not by prohibiting online gambling per se, but by making it illegal under federal law to accept or process financial transactions over the internet for gambling activities.

PokerStars was one of several offshore operators that continued to take bets in the country after UIGEA. That is, until April 15, 2011, “Black Friday” as it’s known in web gambling circles, when PokerStars and its ownership were indicted by the U.S. Justice Department, along with two other major operators, on a raft of criminal charges including?illegal gambling, fraud, money laundering and conspiracy. Its U.S. operation was shut down and the company pleaded guilty and accepted a steep fine.

In 2014, PokerStars was sold to Canadian web gaming operator Amaya. New ownership normally might have served to eliminate any “bad actor” taint. But this, too, has become a problem, because last month a federal complaint was issued alleging that in 2014 a New York Democratic Party operative helped then-Amaya CEO David Baazov disguise a $25,000 contribution to Cuomo’s re-election campaign. According to the complaint, the money was made to appear as if it came from a third party, a Florida attorney, who later would be hired by Amaya.