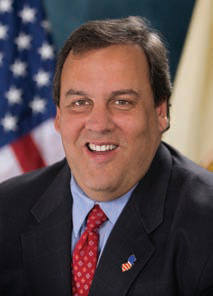 It’s a race to the starting line for the legalization of online gaming and/or poker. So far, Nevada is in the lead, New Jersey is closing fast and Delaware just got out of the starting gate.

New Jersey’s online gaming bill moved swiftly through a state Senate committee last month, paving the way for a full vote in the chamber, which is expected in May.

The bill, which would establish an online regulatory system for poker and other table games, was passed almost unanimously, moving the state further in its quest to become a center for online gaming activity. The bill would allow casinos in Atlantic City to accept wagers through devices located at their properties from established players within the state. Governor Chris Christie vetoed a similar bill last March, though the governor now supports the new legislation.

“I believe that the governor has been satisfied that this legislation is constitutional and that we can get internet gaming run by our casinos up and running as soon as possible, hopefully by September,” said Senator Ray Lesniak, the bill’s chief sponsor.

At the hearing, Lesniak emphasized the economic impact of internet wagering, which is a potentially a multibillion-dollar industry. Internet gambling proceeds would be taxed at 10 percent. Casinos now pay an 8 percent tax on their gross proceeds, which is constitutionally dedicated to services for senior or disabled residents. Those services have declined or have been cut back, however, as casino revenues in Atlantic City have plummeted.

The committee chairman, Senator Paul Sarlo, was the only legislator to abstain from the vote, because it did not include racetracks. Several racetrack and horse breeding associations in New Jersey oppose the measure because of this exclusion. The bill that was vetoed by Christie in March had earmarked purse subsidies for the tracks, an allocation that the governor eliminated this year.

In Nevada, a gaming committee is taking a closer look at internet gaming as a European study suggests that online gaming actually boosts bricks-and-mortar operations.

Governor Brian Sandoval revived the committee, which last convened in the 1980s, primarily to help the state address the growing potential of internet gaming.

“We are not an island anymore,” said Sandoval. “There are 40-plus states that have gaming right now. Internet gaming is happening as we speak.”

The committee includes the chairmen of Nevada’s two gaming regulatory bodies, along with gaming executives, lawyers, business leaders and two legislative representatives. Sandoval said he wants the committee to meet four times before the end of August with a report for the legislature due thereafter.

Reno businessman Paul Mathews Jr., founder of the online technology provider Wagerworks, says the state needs to capitalize on the rapidly changing internet gaming market. “It’s time for Nevada to be able to leverage its regulatory apparatus to our benefit,” said Mathews, a co-owner of incuBET, a company that develops online computer games.

As the gaming capital, Nevada wants to be first in the online casino business. So far, more than two dozen casino operators and gaming equipment manufacturers have applied for Nevada interactive gaming licenses. State regulators are expected to conduct public hearings on the first of those applications in May or June.

Meanwhile, Delaware Governor Jack Markell, who has spent a good portion of the past few years considering whether to add full-blown casinos to the current three racetrack casinos, last month proposed other types of expansion, headed by online gaming, designed to actually ease the tax burden on existing racinos.

Markell is proposing to authorize the lottery and the existing casinos to offer their games online within state borders. He also proposes expanding video keno machines beyond the casinos to 100 approved lottery-vendor locations, and authorizing at least 20 football betting parlors away from the current casinos.

According to the Markell administration, the money generated by the expanded gambling would be used to eliminate the $4 million in annual slot machine fees paid by existing casinos and cut table game fees from $6.75 million to $3 million. The casinos would pledge to match those savings by spending an equal amount on expenses such as marketing, capital improvements and debt reduction.