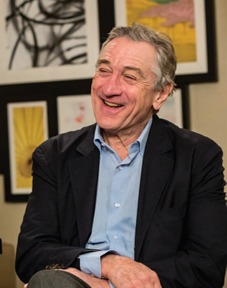 According to the London Daily Mail, Browne said he expects the deal to close by the end of January, with construction to begin within the next 12 months.

DeNiro, who is said to visit the island regularly, was also appointed a special economic envoy of Antigua and Barbuda. His celebrity status “will attract more American celebrities to Antigua and Barbuda and the Caribbean,” Browne said.

The Las Vegas Sun reports that restaurateur Nobu Matsuhisa, a DeNiro intimate and business partner, is also part of the deal to take over the abandoned K Club, which has been closed for more than a decade. The resort, once frequented by Princess Diana and young princes William and Harry, includes “one of the most beautiful stretches of sand in the world, named Lady Diana Beach,” the Sun reported.

There has been no word if the resort, to be named Paradise Found, would include a casino.