The spread of online gaming in the U.S. has stalled, but will it revive? 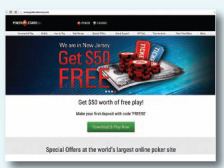 Over the past five years, legal regulated online gambling has been spreading across the globe. But the most desirable market, the United States, has proven to be one of the tougher nuts to crack.

After a promising start that saw multiple states seize on the Department of Justice Office of Legal Counsel’s 2011 reinterpretation of the 1961 Wire Act, limiting its scope to sports betting and allowing states to legalize online lottery, poker, and/or casino games within their borders, legal online gambling was all the rage.

By the time 2013 came to a close, just two years after the DOJ opinion was made, legal online gaming sites were available in Nevada, Delaware and New Jersey. Three other states—Minnesota, Georgia and Illinois—were selling lottery tickets online, and in the ensuing years, Michigan and Kentucky have also launched online lotteries, while Minnesota has ceased selling lottery tickets online.

In 2013 it seemed inevitable; online gambling was destined to spread across the country. But as 2017 approaches, we’re still waiting for the inevitable. Continued legalization has proven problematic, with efforts slowing to a snail’s pace.

The momentum from 2013 may have dissipated, but like a surfer missing the first wave, another, perhaps even larger wave can be seen in the distance. For 2017 is shaping up to be a wave year for online gambling expansion.

Land-based casino companies in New Jersey, Nevada and Delaware now have firsthand experience with online gambling, and these companies, along with their peers in other states, are realizing the many opportunities online gambling can provide to grow and expand their business.

With the land-based casinos companies largely on board, the task has turned to educating lawmakers that legalizing and regulating online gambling is the right thing to do: for the state, for the gaming industry, and for the customer.

This has been a slow process, but it’s beginning to bear fruit, and online gambling legalization once again seems inevitable.

Further, nine states legalized daily fantasy sports in 2016, with dozens of others introducing DFS legislation. The legislative progress made by the DFS industry has been extremely helpful, hastening the education of lawmakers and the general public on everything from geolocation technology to the efficacy of know-your-customer checks.

Online gaming activity will continue in 2017, and it seems inevitable that several more states will legalize online gambling within the next one to two years, for the following reasons:

• Online gambling is no longer an abstract idea—between DFS, lottery, poker and casino, legislatures across the country are growing more familiar and confident with the idea of legal online gaming, and the ability to provide robust regulatory oversight.

• More states are turning to gambling to raise revenue, and on that front online is one of the last frontiers, and an option that has proven to be beneficial, not cannibalistic to land-based casinos.

• Increased awareness of the existing black markets and the amount of money that is leaving the U.S. via these channels, coupled with the need for consumer protections, has become a leading driver for regulation.