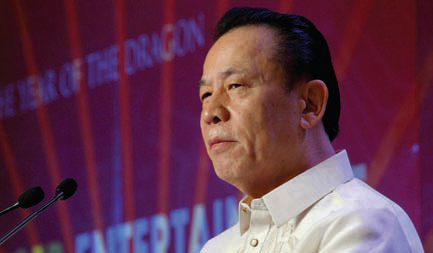 Century Properties Group, a Philippine developer, has concluded an agreement with a Philippine affiliate of Kazuo Okada’s Universal Entertainment Corp. that should go a long way toward allowing Universal’s planned US billion resort casino in Manila to move forward.

Century’s involvement with Eagle 1 Landholdings covers five hectares of the Japanese billionaire’s 44-hectare project and includes a separate deal to acquire a 36 percent interest in Eagle 1, the Universal affiliate that owns the site. Century said it would develop luxury retail and residential projects there and will be issued 432 million preferred shares.

No purchase price was disclosed, according to Reuters.

“We see this as a great investment for our shareholders, but we will not be involved in any aspect of the gaming operations,” a Century spokeswoman said.

Universal has denied any wrongdoing and has moved further to solidify its standing in the Philippines through a separate sale of stock to a company called First Paramount Holdings 888. Combined with the Century deal, it places more than 60 percent of Eagle 1 in Philippine hands, a move that will “create a more favorable situation in response to the land ownership requirements,” Universal said.