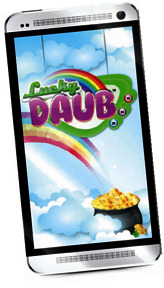 There’s been a lot written about the casino industry’s need to come up with new ways to present the slot machine, as it has become clear that the millennials—a generation larger than the baby boomers—have made it clear they don’t want their father’s slot machine.

Three-year-old Spin Games is taking the lead in presenting practical solutions to the problem. The Reno-based company, founded and led by slot-sector veteran Kent Young, has evolved from its original role as a third-party slot content supplier into products that could very realistically be the future of the slot floor.

Young is well-known in the industry, having made his name at Aristocrat Technologies—and, as VP of marketing and VP of research and development, playing a central role in that company’s surge of the early 2000s. He left Aristocrat in 2007 to form third-party content supplier True Blue Gaming, which was acquired by Aruze Gaming America, where he subsequently spent two years as general manager. In 2012, he went back to the third-party content business, founding Spin Games along with programmer and game developer Michael Halvorson.

At first, the two were the whole show, Young as president and Halvorson as chief development officer. They still hold the same titles, but Spin Games itself has grown around them, with a complete staff of 49 in a two-story facility in Reno.

The reason for the rapid growth is the technology Young has used to move the company forward. The company started out as strictly a third-party supplier, partnering with some of the top slot manufacturers in the business to create slot games for land-based casinos. Spin’s content has appeared in many successful slot machines from IGT (with its R&D and manufacturing hub just across town) and others.

Soon, though, Young and Halvorson began looking not at how slot machines are today, but how they will have to be in the future.

It started with New Jersey, says Young, with the launch of internet gaming in November 2013. “We employed some programmers and built an HTML5 remote gaming server, and launched in New Jersey a year and a half ago,” he says.

They called the server the ROC, for Robust Online Client.

Spin Games was the first company to submit a proposal for the fledgling New Jersey iGaming industry, where it now covers 60 percent of the market through partnerships with Caesars Entertainment, Golden Nugget and Resorts—it will cover 90 percent by the end of the year, according to Young.

With the ROC established as a preferred remote gaming server in for-money internet gaming jurisdictions, Spin Games began developing content for multiple distribution channels, embracing HTML5 programming code to produce games that can be played on a PC, smart phone or any other device, without having to download an app.

Young, Halvorson and their growing staff have produced a wealth of slot, video poker and bingo content—45 games as of press time—on the HTML5 platform, producing player favorites like 25 Diamonds and Triple Bombshell Betties on the slot side and a complete lineup of video poker and bingo games. The company has produced unique features for the games like ML3, for Multi-Layered 3D, a proprietary technology in the Spin HTML5 game engine that creates a depth-of-field illusion on the screen in real time.

Halvorson comments that the extra ball features in Spin’s bingo games have resulted in huge jumps in per-machine revenue, since the cost of purchasing an extra ball goes up as the pool of remaining bingo balls in a game goes down.

He points to MegaBall Action, currently available online in New Jersey. “Depending on what you bet, our average bet on this game is $5.84, and our highest wager ever placed on this game was $5,000,” he says. “It’s been one of our real heavy hitters. It’s brand new in the States, but this style of product in the Philippines and South America is a very gambling-centric product. Not a lot of frills, but a lot of wagering and a lot of anticipation.”

At G2E, Spin Games will launch a new player interface and new graphic capabilities that Halvorson says will enable a consistent quality of graphics in games regardless of the size of a device’s display. “The uniqueness of our remote gaming server is that we deliver a high-quality package and selectively deliver specific assets to phones, to tablet devices—we have a range of graphic sizes, so it’s always optimized. The performance is always the best performance per device.

“It will work on a 70-inch monitor, and it’s the same experience on a phone.”

“We are delighted to be launching with MGM Resorts International, and are very excited to see our HTML5 strategy of leading-edge, device-agnostic technology coming to fruition,” Young said in July when the installation was announced. “Our long-term strategy is to be at the forefront of U.S. interactive technology and content for land-based, mobile and web applications.”

While Spin’s HTML5 products are gaining fans online both in for-money and social applications, Spin Games’ new mobile solutions could point the way to the future of the slot floor.

Multiplayer Interactive Gaming, or MIG, is a proprietary technology that allows players to use their own mobile devices to play community-based games.

Those games can be social games or for-wager games, played on mobile devices in any location on a property. The casino decides the boundaries of the location in which players can use their own devices. Using beacon technology, the MIG system can isolate a central location like a bar or nightclub, and allow players to gamble or play slot games or competitive tournament games on their own mobile devices. Geolocation technology keeps the action within the defined area.

Young says the technology is perfect for serving the millennials, who want to both socialize and play games on their personal devices. He says the launch game will be a blackjack tournament product. “The idea is that everything is controlled by the players on their own phones,” Young says. “Imagine we’re sitting in a sports book, and we want to play a blackjack tournament against each other. The cards are dealt to your phone, and you make the decision to hit or stand.

“We think it’s perfect for millennials.”

He adds that casinos can implement casino-wide tournaments, or even multi-casino tournaments. There will be a wide array of tables with various minimum bets. Halvorson says any television monitor can be instantly turned into a MIG station, affording the operator flexibility to set up the system in any location.

At G2E, the company is taking its mobile offerings one step further with the launch of Rapid Games. Currently before BMM for certification, Rapid Games is the first mobile on-property product for Class II casinos. As with MIG, the system allows players to use their own smart phones or other mobile devices for real-money wagering while on the property.

According to Young, the company went with a Class II launch because the tribes won’t have to pay state tax on the revenue, and tribal casinos in states like California would not be required to take Class III product off their floor to meet restrictions on numbers of games.

Two inaugural games are being launched in the Rapid Game series—Lucky Daub and Rapid Bingo. Each has a culminating pattern win feature, where a player can win a pay on every completed daub pattern in lieu of a single top pay pattern as with most classic bingo games. Each game has been crafted for a particular user market, giving tribal casinos the ability to reach old and new players alike on their mobile devices.

The Rapid Game system uses an integrated digital wallet, provided through a partnership with Sightline Payments. The product will be launched in the field in a Northern California casino.

The Rapid Games solution is the product of “ReSpin,” a joint-venture partnership with Nektan Ltd. meant to provide land-based casinos with mobile gaming solutions, across both cabinets and mobile devices inside the casino.

Finally, Young and Spin Games are going full-circle back to the physical world of land-based gaming with “Xtra Spin,” a secondary bonus wheel and system that can add progressive wheel bonuses to the top of any legacy machine. The wheel is configurable across multiple game platforms, and utilizes a mystery controller to generate a bonus separate from the base game.

Xtra Spin products are already retrofitting slots at casinos, including the Atlantis in Reno, where, according to Halvorson, the Spin Fire triple-progressive mystery wheel has increased net win on the machines retrofitted with the bonus by around 40 percent.

Halvorson says there are four different unique products in the Xtra Spin series—Spin Fire, Wheel Power, Lucky Buck and Money Time—with various prize structures. For instance, Lucky Buck is a three-level progressive (Major, Minor and Mini), but includes a static dollar prize that hits more often than the progressives. “People see that wheel spinning more often,” he says, “which increases the appeal of the machine.”

Going forward, Young says Spin Games will continue with both land-based and mobile/interactive solutions. And with its staff still growing, the range of products from Spin is bound to propel the young company (no pun intended) to new heights.