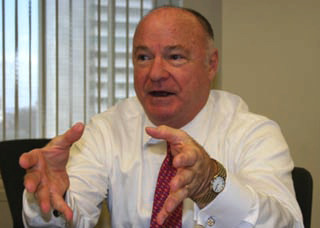 It is composed of experts from both the gaming industry and the law, and its brief will be to study online gaming and fantasy sports gaming with an eye towards crafting future legislation to regulate the two industries. In setting the commission’s parameters, the law said that it will look at “economic development, consumer protection, taxation, legal and regulatory structures, implications for existing gaming, burdens and benefits to the commonwealth and any other factors the commission deems relevant.” Its brief does not include making recommendations for an online expansion of the state lottery.

The commission’s members include Senator Eileen Donoghue and Rep. Joseph Wagner, who will be the joint chairmen, Massachusetts Gaming Commission Chairman Steve Crosby, Senator Jennifer Flanagan, Rep. James Kelcourse and Assistant Attorney General Dan Krockmalnic. Other commissioners will be appointed by House Speaker Robert DeLeo and Senate Minority Leader Bruce Tarr, although those members have not been announced. Peter Schoenke, chairman of the Fantasy Sports Trade Association, has also been named to the panel.

Wagner and Donoghue are also co-chairmen of the Massachusetts legislature’s Joint Committee on Economic Development and Emerging Technologies.

Crosby has long advocated an “omnibus” approach to legislation on all forms of gaming that have one or more feet in the internet.

Wagner told the State House News Service, “It is one of those subject matters that seem to capture the attention of the public and public policymakers, and so we’re going to give it a pretty good look.”

The commission is expected to make a recommendation to the legislature by July 31. Donoghue has said that the panel will meet every four to six weeks.

Earlier this year, the legislature passed a bill that legalized daily fantasy sports, but which will expire in July 2018. That will give the commission enough time to recommend a bill that will be ready by that time—or so the theory goes.