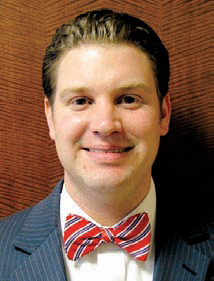 As often is the case with Wall Street, politics in Washington, D.C., is often defined by young people with a passion. Whit Askew was one of those people for nine years. After graduating from the University of Tennessee-Knoxville, Askew arrived in Washington to take a job with the National Republican Congressional Committee, where he worked on several campaigns, research assignments and fundraising initiatives.

After a stint with an insurance political action committee, he joined U.S. House Republican Leader and now Speaker of the House John A. Boehner (R-Ohio), where he served as executive director of The Freedom Project. Askew was in charge of Boehner’s political campaigns, when, in 2010, he was part of the team that helped lead House Republicans to win 63 net congressional seats, giving them their first House majority since 2006.

Since joining the AGA in February 2011, Askew has played a key role in the organization’s efforts to legalize online poker. While it looks like a federal effort to legalize the activity seems to be dead, Askew warns not to count it out yet.

“Many members of Congress believe that adult individuals should be able to spend their money the way they choose in a responsible way,” he says. “There are millions of Americans who are playing online currently with non-U.S. companies. We need to provide them with safeguards. We would like to see legislation that will enable states to choose if they want to license and regulate online poker in the U.S. so people who live within the boundaries in those states can play in a safe and responsible fashion.”

That’s the message the AGA has been trying to spread: Legalized online poker will protect the consumers and crack down more effectively on the illegal foreign operators.

“In all the congressional hearings we’ve had this fall, that message has resonated,” Askew says. “So, I think Congress is gathering all the facts and concerns so they can make an educated decision on what the best policy would be.”

The announced retirement in November of online gaming’s champion, Rep. Barney Frank of Massachusetts, will only make it more difficult to get it through the House. But Askew says he’s certain someone will take Frank’s place.

“While I can’t point to any one congressman,” he says, “there are a handful of members who may step up. There are members who share concern about the current environment for online poker play. Someone will step up and accept that challenge, I’m sure.”

Askew says the traditional Democratic support of gaming causes is no longer so cut and dry as it once was.

“I think the positive story we have to tell about gaming and the benefits it brings to communities has changed a lot of minds,” he says. “It’s not a partisan issue. A good number of public officials, regardless of the letter behind their name, have been able to see some of the positive impacts of gaming in their states. Over my short time at AGA, they understand the economic value gaming has brought. And that’s the most important thing.”