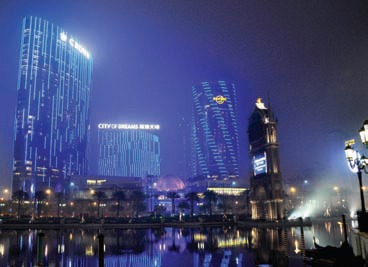 Not content to lose the EuroVegas contest to Madrid, Barcelona has launched plans of its own to host a mega-leisure complex in the Catalonian capital and has invited Macau casino operator Melco Crown to develop an 1,100-room destination resort with a casino.

A unit of Melco Crown has been invited to partner on a US$1 billion resort gaming development planned for Barcelona.

Melco International Development told Business Daily, an English-language newspaper based in Macau, that it will operate a casino at the complex, dubbed Barcelona World or BCN World, through an entity called Veremonte, whose local partners include the Meliá hotel group and a company called Value Retail.

“In the coming months, we shall continue to work with Veremonte on the definitive casino management agreement and shall make an announcement when the agreement is signed,” Melco said in a statement.

The news comes only months after Barcelona was passed over by Las Vegas Sands for Madrid as the location for its multibillion-dollar EuroVegas resort complex.

BCN World will open in phases, starting with a 1,100-room resort called Barcelona Dream which will feature a casino and other leisure attractions and could be open by 2016 at a projected cost of €766 million.

Meanwhile, speaking recently at the Jerusalem International Tourism Summit, Sheldon Adelson, the billionaire chairman and CEO of Las Vegas Sands, fleshed out some of the details of the company’s US$10 billion, multi-stage EuroVegas resort complex, saying it will include 12 hotels “with about 3,000 rooms each” and “a total of about 2,400 meeting rooms.”

Las Vegas Sands chose Madrid to host the complex, but not before pitting the capital against Barcelona, securing huge concessions from each in the process relating to labor laws, which in typically European fashion are powerful and protective, and the country’s historically high tax rates.