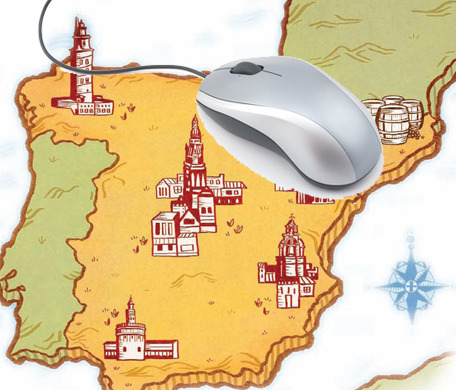 Now that Spain’s online gaming legislation is fully in force, the regulator will need to fine-tune policies to create a successful industry—and perhaps do the same for the nation’s ailing land-based casinos.

Spain officially published its law on online gaming in May and the law came into effect the very next day. It laid down broad generalities to be followed by those who would later create the specific regulations, many of which as of this writing are still pending. Absent the detailed regulations, unlicensed operators were allowed to continue to serve the Spanish market through December 31, but with conditions.

According to an overview of the law prepared by Blanca Escribano, partner at Olswang Spain LLP, and Ellen Martinez, associate at Olswang Spain LLP, the legislation applies to gaming via the internet, mobile phone, television, telephone or any other such “electronic, interactive and technological” devices. The law also governs the games and all delivery means used by the existing monopoly lottery operators LAE and ONCE.

In contrast to the regional laws that cover land-based gaming, the new law operates at the national level. It is an attempt to head off problems that could arise by having a confusion of disparate regulatory regimes created by the 17 autonomous regions. However, the law still allows the autonomous regions to set most of the policies and regulations that pertain to gaming within their territory.

As a starting point, the law prohibits any and all types of gambling unless allowed by law or regulation. Allowed forms of gambling are:

• betting on horse racing by pool or fixed odds;

• other types of betting by pool, fixed odds or betting exchange;

“Other games” includes any game that comes with a chance to win or lose money or some other item of value. According to the Olswang report, the law names poker and roulette as an example of this category, which by extension most likely would include any casino-type game.

The tax rate for online gaming varies per game and activity. When details of the law were being hashed out, there were those who wanted the tax for all forms of gambling activities to be based on turnover rather than gross gaming revenue. Ultimately, the law was published with a gross gaming revenue tax for most activities ranging between 10 percent and 25 percent, depending on the product involved. However, sports pool betting, horse racing pool betting and parimutuel betting are subject to a turnover tax, at the rate of 22 percent for sports and 15 percent for horse racing.

In addition to the federal tax, each of the autonomous regions is allowed to put in its own tax for gaming that takes place within its borders. They may raise the federal tax by a maximum of 20 percent. This rate would only apply to wagers made by the given region’s residents.

No value-added tax is to be charged on bets and wagers. There is, however, an administrative fee of 1 percent of the operator’s annual turnover, to be paid as a lump sum.

There are three other types of entities that can be held liable for tax payments if they do not hold a license to provide gaming to residents of Spain. These are the operator providing the gaming activity, anyone profiting from the gaming activity, and the ISP or other service provider if it is judged they should have known their services were being used for gaming.

This somewhat odd rule may have to do with the way existing online gaming providers were tolerated even after the law came into effect last May. Operators were legally allowed to continue to provide their services without a license up until January 1. The one requirement was that they pay taxes and fees quarterly as if they were licensed.

One important change in the law from the initial draft was the removal of the limit on the number of licenses that could be issued. All licensing decisions would instead be the province of the National Gambling Commission, which could decide to limit the number of general licenses but only based on reasons of public interest, such as protection of vulnerables or prevention of compulsive gambling.

Operators are required to have a general license, valid for 10 years and renewable for another 10. Applicants must be Spanish public limited companies established for the sole purpose of operating gaming. Those companies registered in another E.U. member state must have a permanent representative or agent in Spain. The operator will only be allowed to offer games to Spanish residents via a dot.es website and must redirect to this website any Spain-based clients who enter through another of the operator’s sites.

In addition to the general license, an operator will need a separate license for each type of game offered. These licenses are valid for one to five years.

A third category of license is available for those who will occasionally be offering gaming activities to the public.

Operators will not necessarily be required to locate their central gaming server within Spain. However, the National Gambling Commission will need to be able to monitor the server, wherever it is, and may decide the operator needs to locate a secondary server in Spain, for verification reasons.

The Olswang report points out that the Spanish Tax Agency might consider a server based in Spain as “a relevant economic presence of the operator in the state,” in which case the server would double as a permanent establishment for tax purposes.

Three government bodies will oversee various elements of the online gaming industry. The three are the Economy and Treasury Ministry, the National Gambling Commission and the Gambling Policy Council.

The Economy and Treasury Ministry will issue rules for each permitted game, according to criteria established by the Gambling Policy Council. The National Gambling Commission will grant licenses and generally manage the day-to-day affairs of the market, including making sure that operators are in compliance with the law.

The National Gambling Commission will also interact with the Gambling Policy Council, which will coordinate regulations in effect at the national level with those of the autonomous regions.

In the area of advertising, the law as published only allows licensed operators to promote themselves to the Spanish public in any way, shape or form. The law did provide a transition period, designed with sponsors of sports teams in mind. Such sponsorship, advertising or promotion deals signed before January 1, 2011 were allowed to continue until January 1, 2012.

As the end of 2011 approached, a license to operate an online casino was granted by local authorities to the existing Casino Gran Madrid. The casino started with just a dozen games, including blackjack, roulette and slots. But by the end of the year it was expected that Gran Casino Madrid Online would be offering hundreds of games, including poker.

For other potential operators seeking a national license, a first round of submissions was being accepted from November 19 through December 14. Although the National Gambling Commission will have up to six months to review the applications, it is expected that many licenses will be issued much sooner, even in January.

The move to legalize online gaming has not pleased everyone. The Spain-based but internationally active Codere Group in particular has come out strongly against what it sees as a rush to legalization.

Codere Foundation Chairman José Antonio Martínez Sampedro, speaking critically of the online gaming law at a conference of government and industry figures in late November, told those gathered that “the new scenario is completely subversive for the established order.”

Martínez Sampedro said that gaming has traditionally been subject to principles of consumer protection, high taxation, limited offer and restricted advertising, with positive discrimination in favor of the national lottery organizations LAE and ONCE—but that now, with online gaming, all that will change.

A different complaint was heard from the Spanish Casino Association. Rather than turn back the clock and eliminate the law, the SCA is more concerned that the government harmonizes the tax rates for land-based casinos with those for online casinos. Namely, whereas online gaming will be taxed at a maximum of 25 percent, land-based casinos can find their table game revenue taxed as high as 55 percent.

According to the SCA, the 43 land-based casinos in Spain provide 7,000 jobs directly and generate almost €105 million in taxes for the autonomous regions. But a fairly recent smoking ban has caused an average 15 percent drop in revenue in addition to the general decline in business experienced over the last decade and a half.

The SCA wants the recently elected Popular Party government to review all gaming legislation, with a view to equalizing tax rates among the various sectors but also to correct what it sees as the “19th century regulation” under which it functions.

Advertising restrictions on land-based casinos is one area that needs revision, according to the SCA. The organization argues that advertising was originally prohibited to control demand and prevent the growth of operators. However, the proliferation of online gaming, along with television game shows, lotteries and other forms of entertainment related to gaming, make such prohibitions obsolete.

The land-based casinos will need to do something to stay competitive. According to a study presented at the iGaming Summit Madrid in October, about one-third of all gambling in Spain currently takes place online. And with legal online operators advertising their services in the coming years, that figure is not expected to go anywhere but up.