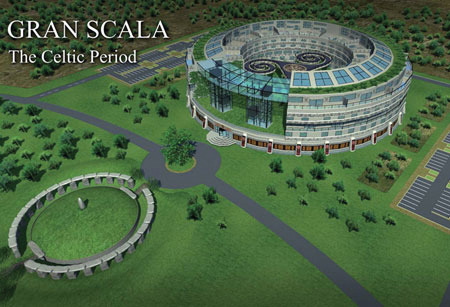 The legislation that will allow the construction of the ambitious Gran Scala project in Aragon, Spain, is now in force.

The Law of Leisure Centers of High Capacity was published in the Official Gazette of Aragon July 17. The law applies to any tourism, cultural or sports project that develops an area of at least 1,000 hectares, creates at least 3,000 jobs and builds 8,000 or more hotel rooms.

The law, known as the Gran Scala Act, prohibits permanent residential development but allows for the construction of quarters for project employees and management.

A consortium of local government and the towns that will be involved with the Gran Scala project will now be formed. The bylaws of the consortium will also be published in the Official Gazette of Aragon.