One of the original partners still planning to play a major role in an operational Gran Scala is theme-park developer SpacePortLeisure WorldGroup. 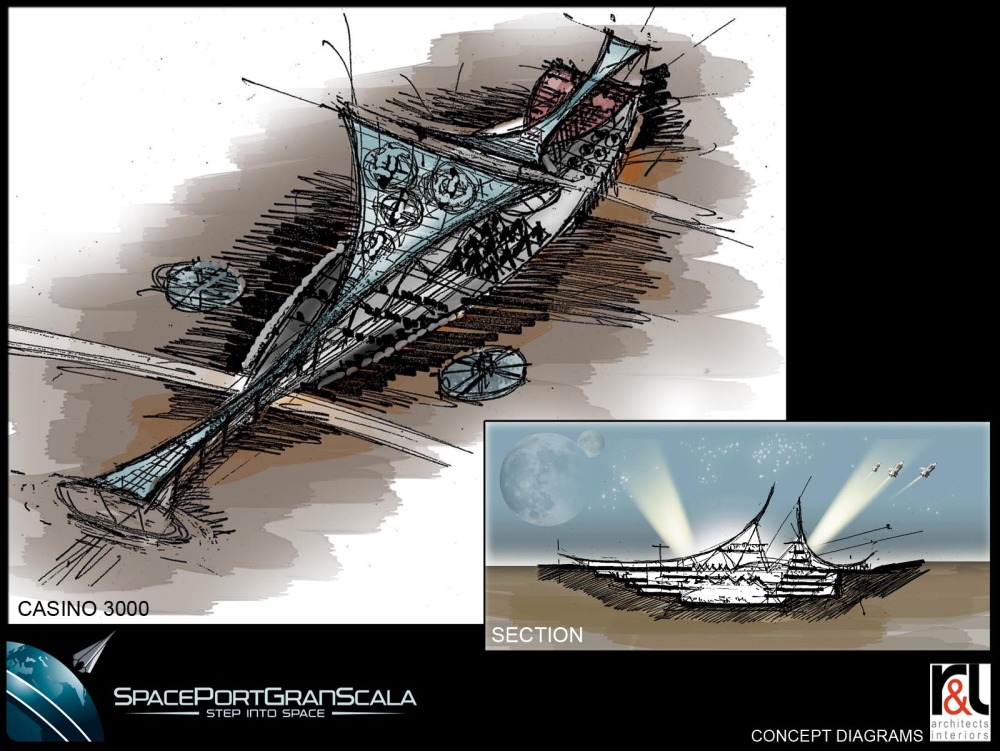 One of the original partners still planning to play a major role in an operational Gran Scala is theme-park developer SpacePortLeisure WorldGroup.

SpacePortGranScala will provide a future-oriented entertainment experience. But don’t expect to find just the usual park rides dressed up with spacey graphics. The developer is creating entire scenarios around a fictional history, one that includes alien spacecraft crash-landed on Earth and humankind’s inevitable journey outward. Visitors will be able to share in a variety of experiences that indeed include various rides but also interactive educational displays.

SpacePortLeisure is not limiting itself to just family-oriented amusement. The company also has the rights to develop the futuristic CasinoYear2100 and Casino Year3000 gaming properties, complete with associated hotels and museums.

Group President and CEO Raoul Katovsky, head of both SpacePortLeisure WorldGroup and SpacePortGranScala, is bullish on the development.

Katovsky says his firm has arranged for the necessary financing to keep pace with Gran Scala’s opening schedule. For theme-park content creation, he points to high-profile owners of intellectual property “who are very keen, interested and willing” to finalize licensing agreements with SpacePortLeisure WorldGroup.

SpacePortLeisure intends to use the Gran Scala theme park as its base for future projects elsewhere, including a potential park in the Shanghai district near the planned Disneyland site there.