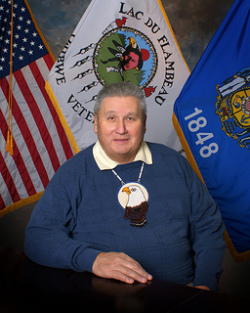 After more than three years of intense and occasionally volatile debate, American Indian tribes are beginning to embrace internet gambling, taking slow, tentative steps on a path to cyberspace lined with economic, legal and regulatory uncertainties.

California tribes are proposing legislation to enable Indian governments, card clubs and, perhaps, racetracks to offer online poker in an effort to capture gamblers among the state’s 38 million people, by far the country’s most lucrative online market.

Meanwhile, remote tribes in the upper Midwest and Great Plains are looking to offer bingo and other Class II games the Indian Gaming Regulatory Act (IGRA) allow tribes to operate without the need for tribal-state regulatory agreements.

Lacking player liquidity prevalent in populous states such as California, New York and Florida, tribes in the West and Midwest are pondering alliances and interstate compacts in an effort to compete with larger commercial gambling companies in Nevada and elsewhere.

Other tribal leaders are looking to federal internet legislation as a means of creating a more uniform regulatory structure among the various states.

The concern online wagering will erode revenues at 425 Indian casinos in 28 states has largely dissipated, in part because of competitive pressure from states moving to legalize cyberspace gambling.

About 40 of 247 Indian tribes with casinos operate free-play websites with the anticipation of eventually accepting real-money wagers.

That final step may come soon.

“There’s no way to stand in front of this juggernaut much longer. It doesn’t make any sense if you’re a government.”

“The issue of online gambling is now unavoidable,” consultant Ehren Richardson says. “Tribes have to look at it and get serious about it.”

Indigenous governments are taking parallel tracks to online gambling. California, with nearly a third of the 366 federally recognized tribes in the lower 48 states, is pursing online poker outside of IGRA, a scheme that will subject tribes to state taxation and regulation.

“This is not Indian gaming,” says Jacob Coin, executive director of public affairs for the San Manuel Band of Serrano Mission Indians, a leader of one of two tribal coalitions drafting bills for consideration when the legislature convenes later this month.

But progress has been slow.

TIGA, which plans to launch a network of tribal reservations and states on a real-money gambling website, has only one signatory to its “treaty,” the Lac du Flambeau Band of Lake Superior Chippewa Indians in Wisconsin.

“We want to be at the forefront of online gaming, and this is another step to advance that,” tribal Chairman Tom Maulson told Indian Country Today Media Network.

Desert Rose Bingo, an ambitious plan by Great Luck and the Alturas Band of Indians in California to launch a real-money Class II website, is struggling to meet a January deadline. The partnership hopes to use a “proxy” method of play to accept wagers from off the reservation.

“I wish it had moved faster than it has,” Valandra said last month on the eve of signing agreements with a bank and credit card processor to handle Desert Rose wagers.

“That’s part of being a pioneer… We’re breaking new ground.”

TIGA attorney Jeffrey Nelson says his group has a mailing list of 40 tribes in 17 states interested in the alliance. Many are in rural areas of Wisconsin, Michigan and Minnesota.

“The potential is there to level the playing field for tribes that aren’t in the greatest locations for land-based casinos,” Nelson says.

TIGA is taking a relatively safe legal approach in that it will not attempt to take wagers from off tribal lands with the exception of states joining the network.

“I don’t see anybody else doing this,” Nelson says. “As far as offering wagers for people in Indian country on a system that is conservative in its legal approach, we’re the only game in town.”

The group could be handicapped by the fact founder Kevin D. Maulson, the chairman’s son, was cited in 2008 for securities fraud in connection with the failed AmeriCash Inc., a supplier of ATMs to tribal casinos.

“He is one of our TIGA organizers,” Nelson says of Maulson. “He has always said that he will not seek to serve as a member of TIGA leadership—that is, he will not be a member of the TIGA Treaty Council.”

“This is a watershed moment in terms of technology transforming the gaming experience in this country,” Valandra said in a Desert Rose press release.

But Desert Rose contends it can offer electronic bingo to off-reservation gamblers in adherence with both IGRA and the Unlawful Internet Gambling Enforcement Act (UIGEA).

With internet servers on the Alturas Rancheria and by utilizing “proxy” play, Desert Rose attorneys promote the legal argument that wagering and financial transactions occur on Indian lands.

“We know proxy play is permitted under IGRA’s own pronouncements,” says Desert Rose attorney Kevin Quigley. “The ingredients are there for iGaming by Indian Country if it is done technologically right and legally correctly.”

But tribes, particularly those unwilling to risk lucrative brick-and-mortar operations to potential legal action, are cautious about getting involved.

“I believe the framework of iGaming in Indian Country will be driven by smaller players,” Quigley says. “The larger brick-and-mortar Indian casinos obviously have more at stake.”

Mark Macarro, chairman of the Pechanga Band of Luiseño Indians in California, says pressing the legal envelope may prompt Congress to amend IGRA.

“Something speculative, like the TIGA proposal appears to be, may strike a fear into legislators that would cause them to open up IGRA,” he says.

None of the proposals for online wagering is generating much support.

“I haven’t come across one tribe that has found one of those existing models attractive,” Richardson says, “whether it’s Bingo Nation, Great Luck, TIGA, whatever.”

Along with legal issues involved with off-reservation wagers, internet gambling is not being embraced by banks and credit card companies leery of federal prohibitions.

Visa and MasterCard have been rejecting many transactions from Ultimate Poker and Caesars Entertainment’s WSOP.com.

“I predict the debit card, credit card problem will be slowly solved over time as the banks get more comfortable with this industry,” Richardson says. “Right now it’s a new industry and banks are still very much concerned about UIGEA.”

“Great Luck is a solution. This other group (TIGA) is another, more complicated approach, in my view. There may be others,” Valandra says. “The industry is going to evolve. One of these approaches, whether it’s Great Luck or TIGA or some hybrid of the two or three ideas that are out there, will eventually take shape.”

NIGC May Not Be Ready

Most tribal lawyers, regulators and speculators contend NIGC is not yet prepared to provide oversight of the fledging online industry.

“In my view they don’t have people on staff with experience in cutting-edge technology,” Valandra says.

Tribal leaders were frustrated at former NIGC Chairwoman Tracie Stevens’ refusal to speak out on the issue, particularly when Indian Country sought a major role for the agency in the event Congress passed online legislation.

Acting NIGC Chairman Jonodev Chaudhuri and Commissioner Dan Little did not respond to requests for comment.

“They have the systems in place to be able to get there, in time,” says Nelson, who plans to submit TIGA-amended tribal ordinances to the NIGC for approval.

“It’s not that difficult to hire people who come with the knowledge and resources to regulate this area, especially when you consider tribal governments are the primary regulators.”

Unlike TIGA, Desert Rose and Alturas will not submit an amended ordinance to NIGC for approval.

“Under IGRA and approved regulations, the tribe has the right to conduct Class II gaming,” Valandra says. “The tribal gaming ordinance as approved by the NIGC is adequate.

“The tribe has promulgated regulations pursuant to the approved ordinance to better define the play of Class II gaming in general and specifically how Class II play on the internet and the virtual private network (VPN) is regulated.

Valandra and others believe NIGC needs to revisit its legal opinions on what constitutes Indian lands in the operation of online wagering.

The agency in 2010 declined to take enforcement against the Bay Mills Indian Community when it opened a casino on fee land in upstate Michigan without federal or state approvals, a case argued last month before the U.S. Supreme Court.

The decision was criticized by tribal leaders who fear the court will erode tribal sovereign immunity.

“They (NIGC) want to keep the definition of Indian land—Indian jurisdiction is what it boils down to—very narrow,” Valandra says.

“I don’t think they can stick to that. In a technological world they’re going to have to look at jurisdictions and what it means to technology and Indian sovereignty in a broader sense.”

Poker in the Golden State appears to be the most promising and immediate pathway for tribes looking to online gambling.

After three years of failed legislation to permit intrastate wagering, tribes and lawmakers are cautiously optimistic a bill will make it out of the Capitol this year.

“I feel good about the prospects for 2014,” Macarro says.

“I think it’s a great opportunity in terms of timing and getting stakeholders together and developing a reasonable policy.

“If we are unable to harness all of those things, it will have been an opportunity squandered.”

But 2014 is an election year. And there remains a philosophical divide between tribal coalitions promoting legislation. (See page 59.) Without tribal consensus, most political observers believe a poker bill will not make it out of the legislature.

“In the short term, it’s real problematic, I think,” Richard Schuetz, a member of the California Gambling Control Commission, told OnlinePoker.com. “One, we’re in an election year. That changes politicians’ behaviors. Two, it’s been a contentious debate.”