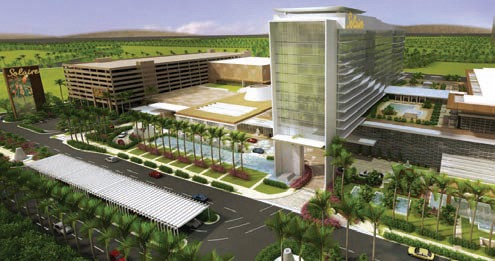 It’s been more than 10 years since officials with the Philippine Amusement and Gaming Corporation (PAGCOR) announced plans for Entertainment City, a massive casino complex on reclaimed land by the shores of Manila Bay, and last month, that dream started to come alive.

The casino will target the VIP market, and expects to garner at least 50 percent of its revenue from that segment, rising to 60 percent after it gets established, according to Andreaci. Manila has proven to be a lucrative locals market as well, so the property should receive substantial visitation from the city’s residents.

Solaire is just the first of four Entertainment City IRs. Next to open in 2014 will be the Belle Grande, a joint venture between Macau operator Melco Crown and Philippine tycoon Henry Sy.