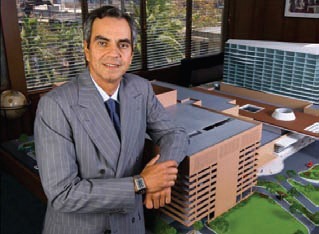 GGAM was brought on to build and manage the property with a five-year contract. The company will be paid 2 percent to 6 percent of the earnings before interest, taxes, depreciation and amortization (EBITDA) generated by Solaire Manila facilities, including local VIP table games. Another “incentive fee” will allow GGAM to be paid a graduated fee for achieving certain EBITDA thresholds for foreign VIP tables and junket players.

The $1.2 billion Solaire Manila is part of the Entertainment City project put together by the Philippine Amusement and Gaming Corp. Three other projects are currently under way, owned principally by Genting and Travellers, Belle Corp. and Melco Crown, and Japanese billionaire Kazuo Okada and Robinsons Land.