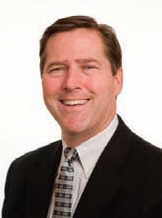 The 112th Congress is well behind us and, once again, attempts to enact federal legislation that would legalize and regulate a U.S.-based internet gaming scheme have been thwarted.

Rep. Peter King (R-New York) and Rep. Joe Barton (R-Texas) have both introduced their versions of an internet gaming bill in the 113th Congress. However, without renewed efforts by Majority Leader Harry Reid (D-Nevada) to move a bill forward, the likelihood of federal legislation appears dim for the 113th Congress as well.

More importantly, from a tribal perspective, what can tribes do to respond to the increasing threat by state lotteries to dominate the internet gaming market? The now-infamous December 23, 2010 Department of Justice opinion gave states and state lotteries the green light to proceed with establishing intrastate, internet gaming schemes which could potentially exclude both tribal and commercial gaming.

Another gaming giant, IGT, has also grown impatient waiting for federal legislation and is promoting its own social gaming site, DoubleDown.

Absent a federal bill, will tribal gaming be prohibited from participating in this rapidly expanding business opportunity?

The tribes in California are actively engaged in developing and enacting their own intrastate, internet gaming legislation, but where does that leave tribes in the rest of the country? Ironically, the failure of Congress to pass legislation on a federal level may, in fact, present an opportunity for tribal gaming.

Although a federal bill would have clarified the legal and regulatory process for tribal participation in the internet gaming industry, it would have also created pressure for tribes to enter and compete in an industry for which many tribes may not be prepared.

In the interim, social gaming, also known as “free play,” provides a legal, low-cost means of entering the internet gaming market. Because social gaming utilizes virtual money, as opposed to actual money to participate in the game, it does not fall under the “prize, chance and consideration” characterization that defines “gambling” and is, therefore, legal because there is no real-money play.

Social casinos are an estimated $2.1 billion industry, growing to $2.75 billion by 2015. Since 2010, the number of social gamers who play casino games has doubled to 173 million, and in the U.S. alone there are 35.4 million monthly social casino players. Today North America represents 41 percent ($863 million) of the $2.1 billion worldwide social casino market.

The recently opened bricks-and-mortar casino Maryland Live! opened a free-play online casino on the Aristocrat nLive platform. They found that 12 percent of their online, free-play database, after opening their online account, had come into the casino to play for real money. Moreover, those players came in 40 percent more frequently, were worth 20 percent more per visit and stayed 10 percent longer than the average patron per visit.

In addition, social gaming can allow tribal gaming operations to build a potential new customer base by tapping a new, younger demographic. Currently 100 million Americans play games on a smart phone, tablet or similar device, and by 2015 more people will surf the web on their phones than on their desktop computers. Social gaming can also provide models and data for understanding current and future gaming trends, provide player tracking and player purchasing information, enhance cross marketing, contribute to the sale of non-gaming products and entertainment products, and drive land-based players to bricks-and-mortar facilities by providing prizes and other incentives.

Finally, and most importantly, by utilizing social gaming and social gaming marketing now, tribes will be prepared and poised from both a technological and regulatory perspective to enter either a federal or state internet gaming market once it has become legalized in the United States.

When the Indian Gaming Regulatory Act was enacted in 1988, the original intent was to legalize Class II bingo operations on tribal lands. Who knew that bingo would be just a stepping stone to the world-class casinos now operating in Indian Country? And who knows what opportunities will be open to tribes as they enter this next exciting phase in Indian gaming?