Social games are not gambling, but are dragged into iGaming debates. 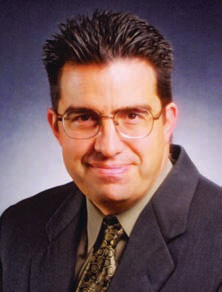 December, we looked at the legality of prizeless social network gaming, where players can engage in casual games or traditional gambling games like poker. Players cannot win anything other than virtual currency used for game play or virtual goods used on the site.

The sites monetize these games through micro transactions, virtual goods, advertising and marketing offers. Because the players cannot earn anything of tangible nature (a prize), these games generally fall outside the prohibitions against illegal gambling.

Social games have long been a fixture of human existence. They are games that people pay to play because they are fun to play. Common examples include pool, pinball and video games.

I spent a significant amount of my wasted youth playing pinball at the local bowling alley with my friends, for no other reason than to meet up and hang out. We took great pride in being the best at pinball, pool, or whatever the game we were playing. We paid to play games where no prizes were awarded except the glory of having your initials next to the highest scores on the game. Without prizes, it is not gambling.

Unlike gambling, the purpose of social games is not to make money off the persons willing to pay for the opportunity to win prizes usually involving games of chance. Instead, it is an entertainment opportunity, because you are certain to spend money with no opportunity to profit.

Historically, gambling has been prohibited because the “lure” of the prize was deemed immoral (basing success on luck as opposed to the work ethic) or contrary to Christian values. Under either rationale, eliminating the prize eliminated the objection to the game.

Skill games are another type of game that has not been historically prohibited as illegal gambling. We see skill games in myriad places, but the two most common are carnival midways and coin-operated games. Here, success based on skill follows morals or most religions, so the games are legal and the law concerns whether they are really skill based and operate honestly. Regulation, however, is light and the licenses to operate such games are not considered privileged.

So, assuming most social gaming sites are staying on the right side of the law by not offering prizes, is there any real need to revisit social gaming to determine if the government wants to shift its public policy?

Because it is not gambling, the question is whether government should treat it like gambling. The old moral and religious arguments against gambling do not resonate well with the voters anymore. Campaigns against gambling no longer focus on the idea that gambling is bad and should be outlawed because God says it is bad.

Instead, public policy has shifted to a pragmatic, amoral pluralist assessment. In other words, whether an activity should be legal is based on an objective evaluation that considers societal impacts. Here, no litmus test exists as to what should be permitted. Virtually every activity can have negative consequences. People have compulsive obsessions with shopping,  food, and even exercise, but that does not mean they should be outlawed.

Opponents of gambling, as an example, cite several externalities they argue should result in prohibition. Because no litmus test exists, advertisements against gambling tend toward either sensationalism or anecdotes. Recent advertisements against internet gambling, as an example, cite virtually every possible negative consequence from problem gambling including funding terrorism, whether factual or not.

For public policy debates surrounding  social games, you need to look at the same public health and economic issues. The most significant is problem gambling. Here scant evidence exists other than some anecdotal evidence that some persons spend a disproportionate amount of money on social gaming.

This is hardly the basis for sound public policy. Disproportionate spending occurs with almost every recreational activity or hobby. You can spend $15,000 for a radio-controlled model helicopter.

The industry should be concerned if future credible studies show either (1) compulsive social gambling is in itself a significant public health or social problem or (2) compulsive social gaming is a significant predecessor to problem gambling. The former is a tough sell because, while not impossible, the likely outcome is that persons will not be losing large sums of money. The industry, however, may want to adopt best practices that monitor player activity so that appropriate caps are placed on in-game purchases.

The second is the notion that these sites are teaching our children how to gamble. Here, the real debate should focus less on an internet activity that requires both equipment and a methodology to fund through credit card and on the instances of children-focused arcades for prizes where the skill games appear to not be skill-based and are not played as a skill-based game by 3-7-year-olds.

Nevertheless, the social game industry must be aware that, despite the entertainment focus on the social game experience, critics will look at the age demographics of their users. Only greed should motivate a site to accept anyone under the age of majority.

Done properly, social gaming is not gambling, and with simple, common-sense best practices we can minimize the risk of a serious public policy debate as to its legality. Social gaming could get dragged into the internet gambling debate, and therefore, the industry should have best practices in place and a prepared campaign to respond.