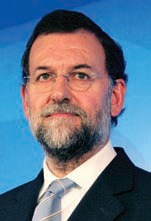 After meeting with Prime Minister Mariano Rajoy recently to discuss the project, which will provide thousands of jobs for Spain’s hard-pressed economy, the chairman and CEO of Las Vegas Sands said he believes the ban will be lifted. As a sweetener, he reportedly told Rajoy that LVS has more than €9 billion (US$12 billion) of EuroVegas financing already in place.

Ignacio González, head of Madrid’s regional government, said lifting the ban, together with tax breaks, a relaxation of labor protections and other changes LVS wants, could be in place by the beginning of August.

The smoking law has proponents, however, and they have launched an online petition drive to retain it.