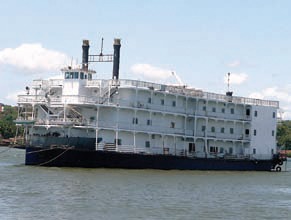 The chief minister of the state of Goa in India announced that the government will cap the number of offshore casinos at six, effectively prohibiting any new entrants.

The state has 20 casinos, 14 in upscale hotels and the six licensees currently stationed in boats on the Mandovi River adjacent to the city of Panaji.

The government also recently banned local residents from casinos, and as compensation reduced the casino entry fee from 2,000 rupees per person (US$40) to 500.

With GDP per capita at 2.5 times the national average, Goa is India’s richest state. It is also the only state where casinos are legal. Annual gaming revenues are estimated between US$35 million and $40 million. And the market is growing rapidly. Indians wager close to $15 billion a year on all games of chance, most of it, about $12.5 billion, on lotteries. Horse racing accounts for about $250 million.