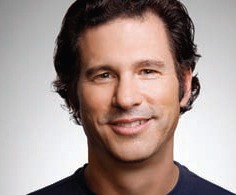 Even before he cofounded printing/couponing system supplier FutureLogic, Inc. in the mid-1980s, Eric Meyerhofer had entertainment on his mind. His first job as an electrical engineer just out of college was in movie special effects, developing electro-mechanical animation systems for Hollywood filmmakers.

Even after his long stint as CEO of FutureLogic began in 1986, Meyerhofer continued to ponder the future of entertainment in the gaming industry. By the 2000s, having built FutureLogic into the top supplier of ticket printers and couponing systems for casinos, Meyerhofer turned his entertainment concerns to the slot machines themselves.

Meyerhofer recognized early on that younger Generation Xers and the millennials—larger than any generation before it, even the ubiquitous baby boomers—represent the next big wave of new casino customers.

And millennials, quite simply, don’t want to spend an evening watching spinning reels.

“We believe that this is the story of two markets, laying in parallel next to one another,” Meyerhofer explains. “I want to give the appropriate nod to the existing EGM industry; they do a fantastic job catering to the market they serve, which is now becoming an older demographic. But it does leave the millennials and the younger half of Gen-Xers a little cold. They don’t show interest in the classic casino games.”

In 2010, Meyerhofer set out to do something about serving this emerging market. As a sideline at first, he founded Hard 8 Games and its subsidiary Gamblit Gaming, with a mission to bring the types of games millennials actually do like to play—the ones on their mobile devices—to the slot floor.

Meyerhofer found investors liked this idea as well. American Capital led a consortium of investors that gathered $12 million in capital for Gamblit’s expansion. Last year, Meyerhofer left FutureLogic to devote his full energies to the new company, and its new concept for developing slot machines.

Since then, Gamblit has made inroads in online markets, particularly for-money iGaming sites in Great Britain, with a new kind of game content. Games like “Dreadnought,” a space-themed strategy shooter game in which the player battles aliens, or puzzle games like “Lucky Words” and “Police Puzzles,” could be right off a mobile-game site. Gamblit produces them for all genres, including for placement in an EGM on a casino floor (which Gamblit demonstrated at G2E).

Gamblit provides the content and the platform, and the apps for players to put the games on their mobile devices. Meyerhofer has formed a studio for proprietary games and partnered with outside studios including Shanda Games, Gamiker and Flexball, producers of some of the most popular multi-player online and mobile entertainment games in the world. “We think of ourselves more as real-money games publisher and platform company than a content provider,” Meyerhofer says.

He adds that for game placement in casinos, LBOs and other physical locations, Gamblit is partnering with established manufacturers that have the production and distribution in place.

The idea is to create games for casinos and for-money online and mobile sites that accompany the traditional games with what Meyerhofer calls “SWig”—an acronym for skill wagering interleaved game. “When you play this game, it feels much more like an entertainment experience than a wagering experience,” he says, “and then there’s a shot of adrenaline and fun in the game from wagering.

“That’s more native to what millennials and Gen-Xers do with devices and game experiences. They’re much more interested in a skill component—not head-to-head wagering; these are house-paying games with a skill factor.”

Meyerhofer has brought in a variety of people from the video game industry, to work with those experienced in the regulated wagering industry. The games feel like skill games, but they conform to the requirements of slot operations, and to those of gaming regulators.

Meyerhofer says feedback from operators on the idea has been nothing but positive. “Fortunately, they are already on the same thought process,” Meyerhofer says, noting the steady decline of slot revenues of late. Regulators also are on board—New Jersey authorities have already asked for this type of game, and in Nevada, several Strip operators are speaking with Gamblit.

With 100 percent of the current slot floor currently devoted to baby boomers, there’s no place for Gamblit to go but up.

“A stat I saw recently is that more than 70 percent of visitors to casinos now are millennials and Gen-Xers,” Meyerhofer says. “You have zero percent of the wagering floor devoted to them.” He suggests operators should take perhaps 5 percent of the floor to introduce the new game style.

That 5 percent just may constitute the vision of the slot floor of the future.