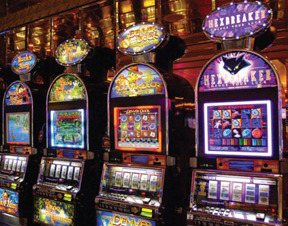 Skill-based gaming has officially arrived in Nevada. The Nevada Gaming Commission released rules that officially govern the addition of games that can be mastered through skill to the state’s casinos, a move meant to bring more millennials to the casino floor.

More of those games were launched at last month’s Global Gaming Expo, including a version of the 1980s arcade classic Space Invaders by Scientific Games and Texas Tea Pinball by IGT. Games such as these give the player an option when the bonus is triggered between playing a pure chance-based bonus such as a free-game round and playing the arcade-style skill game.

Pure skill games are likely to take on more of the style of mobile-based, multi-level games like Candy Crush, or competitive shooter games. Experts speculate that casinos may have to create special social settings that resemble lounges or nightclubs where the skill games can be offered among a group of diversions including DJs, dancing and bottle service.

At one G2E panel, regulators including New Jersey Division of Gaming Enforcement Director David Rebuck and GLI Director of Regulatory Compliance Chad Kornett joined Gamblit Gaming CEO Eric Meyerhofer in saying that the final form skill games take is still to be determined, including how play from all skill levels will still meet the minimum return-to-player (RTP) requirements of the various gaming states.

The new skill-based rules were approved last summer by Nevada regulators at the behest of the Association of Gaming Equipment Manufacturers as a potential remedy to sagging slot revenues over the past few years, a fact many attribute not only to the lingering effects of the national recession, but to the high hold percentages typical to the most popular style of slot machine, the multi-line penny genre.

The millennial generation (those born after 1980), which is larger than the baby boomer generation currently dominating the casino floor, is seen as entering prime earning and spending years. The push by AGEM and regulators both in Nevada and New Jersey to create games that appeal to them is seen as a proactive response to the fact that the oldest millennials are now over 35 years old.