IGT's performance under Patti Hart has been good, but the sheer power of the company overwhelms competitors 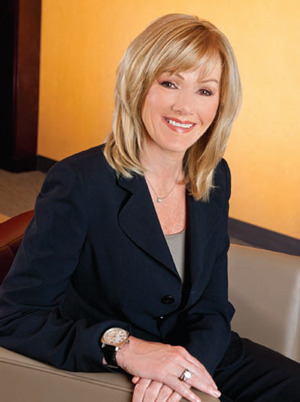 When Patti Hart stepped in as IGT CEO on April 1, 2009, the stock had been pummeled by the company’s own performance and a market that slammed gaming stocks even harder than most.

Today, IGT has risen nearly 60 percent, a performance on par with rival Bally Technologies, and considerably better than WMS, which remains at about the same price as then, and Aristocrat, which has fallen more than 30 percent.

At around $15 a share as of this writing, IGT is still just about a third of its 2008 peak, and Wall Street appears to be giving the company a vote of confidence that it will continue to regain ground as most analysts who cover IGT rate it a buy or strong buy.

Indeed, all 20 of them raised their earnings estimates following IGT’s fiscal third quarter.

When a company suffers a stretch of disappointments, there is a tendency to put the stock into the “show me” category where investors want repeated improvement before re-entering.

That can take time. The analogy of a big company being like an ocean liner is appropriate. It takes a while to turn around and for momentum to accelerate.

IGT appears to have achieved that in Hart’s second year at the helm.

Consider that in the fourth quarter of last fiscal year, which ended in September 2010, IGT earnings fell 5 percent below analyst consensus. In the next quarter, IGT gave investors a pleasant surprise, beating consensus by 5 percent. Outperformance accelerated to 15 percent in the March quarter, then raced past expectations by a whopping 18 percent in the June period.

Thus reassured that a trend had been established, it became easier for those 20 analysts to raise estimates.

IGT managers helped them, too, by raising their own earnings forecast to 89 cents-93 cents a share this fiscal year.

IGT no longer gets 60 percent-plus market share in slot machine sales. And delving into growth markets such as internet gaming is no sure thing, though IGT is entering the space with verve and commitment.

But IGT has strengths that give investors confidence of downside protection and upside encouragement.

Sheer size is one great asset. IGT can pour more resources into any aspect of its business than competitors. And with a fairly healthy balance sheet, it can execute that advantage at any time and with considerable flexibility.

Take IGT’s long practice of returning capital to shareholders by dividends and share repurchases. IGT’s dividend currently yields 1.6 percent, a nice topping to whatever investors may expect in share appreciation.

And the latest share repurchase authorization, at $500 million, allows management to reduce the number of shares outstanding to the benefit of current stock owners, though it would take some aggressive buying to make a dent in IGT’s 300 million diluted share count.

And while IGT no longer sells the majority of slot machines in North America, its big base of machines makes for the largest market in replacements and upgrades; thus the company’s past accomplishments provide a platform for sales today.

IGT is showing signs that, much as in its financial performance, the decline in ship share has ended. Roth Capital Partners says IGT shipped 31 percent of slots sold in North America in the second quarter, up from 28 percent last year.

Of course, casinos want games that perform, a claim all manufacturers make for themselves.

In the case of IGT, there are some apparent winners, such as the visually compelling Center Stage line of games, and Sex and the City, which is consistently among the best performers as measured in the Roth-Fantini Quarterly Slot Survey.

Finally, any discussion of a company’s prospects must include the economic environment, which hasn’t been good in the U.S. for several years, especially for gaming suppliers who have watched casino companies keep a lid on spending.

The glimmers here are in the casino openings scheduled in the U.S. over the next couple of years, as well as continuing international growth.

Both can be viewed as bridges to the return of prosperity, thus strong sales to casinos and stronger performance in the revenue-sharing leases that are a big part of IGT’s business.